Name Round Up: Favorite Girls Names that Sound Like Boys Names 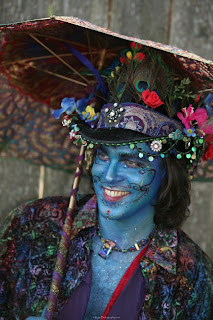 Welcome to Part II, in which I take the gender bending over to the boy's side.

My main criticism of the unisex name trend because it is very one-sided. Mainstream thinking says that we can name a girl Madison but we can't name a boy Heather. I think that's a load of crap, and it will start a lecture on how we need to value feminine qualities as much as masculine ones but I'm not going to get into that now. It's not like it hasn't been done before. Douglas was a girls name long ago. People always say that it's harder to bring names back to the boys side after they have been claimed by the girls. Lets challenge that. Here are my favorite girls names that sound like boys names:

1. Vesper. I'll admit it. This one reads masculine to me. I like it for girls too, but Vespertine sounds more feminine in my opinion. Vesper reminds me of Prosper, which is one of my favorite boys names.

2. Briar. I cannot even picture giving this one to a daughter at all. I know that the name is linked to Sleeping Beauty, but I can't get over the thorn connection.

3. Monserrate. I do have a family connection to this name, and I'm a fan of the idea of naming boys after the women in the family.

4. Artemis. It was a rare English tradition for boys to be named Artemis in honor of their fathers if their fathers were great hunters. I am not making that up. Also, the Artemis Fowl books.

5. Raven. This one feels masculine to me because I live in the Pacific Northwest and we are saturated with the story of the Raven from Native American mythology. It almost feels like a cliche to give this one to girls, because of all the witchy characters named Raven.

6. Opal. This idea became planted in my mind due to the Hindu boys name Gopal. It's just one letter off. Why not?

7. Lark. The novel Sharp Teeth introduced this name to me on one of it's toughest male characters. I love it for girls too, but I've always pictured using it for a son.

8. Ember. The first time I heard this one I instinctively thought it was a boys name. I was actually pretty surprised to learn differently.

9. Betony. One of the botanical names used during the Victorian flower craze, Betony feels very boyish. I know that it looks a lot like Bethany, but you can get the nickname Tony out of it and that was my first thought.

10. Saga. -A ending or no, Saga sounds manly to me. In my mind it's like naming him Legend or Epic. It's traditionally given to girls because of the goddess.

11. Madrone. Not commonly used for either gender, but Neo-Pagans will recognize it as the name of the heroine in The Fifth Sacred Thing.

12. Cricket. Cricket is traditionally given to girls because it was used as a nickname for Christina. But there is also a guy named Cricket in the film Lawless, which is based on a true story. I like Cricket for a boy much better.

13. Sojourner. Someone informed me that this name's connection to Sojourner Truth made it "too special" to ever give it to a child. Honestly, I'm not certain that I buy that. In any case, it always sounded more like a boys name to me due to a male character in a comic books series I always used to read.

So how about you? Are there any names usually given to one gender that feel more appropriate to the other in your mind?