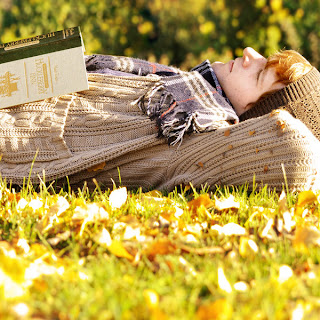 Here's a name that screams Americana to so many people, so it would be a mistake not to include it.

Huckleberry (pronounced "HUH-kul-beh-ree") is a name that could apply to a number of different American plants. Western huckleberries belong to a different genus from the ones in the southeast. There is also the garden huckleberry, which is considered to be a member of the nightshade family. Attempts to grow the plant domestically have failed miserably, and people still rely on harvesting the berries from the wild. But there are still very specific times that are safe to gather them, because huckleberry is still a major dietary staple for bears. It's also a favorite food source of deer, birds, insects, and rodents.

The huckleberry got it's name by mistake. An early colonist misidentified it as a European blueberry called a hurtleberry. Eventually the word become corrupted and it changed into huckleberry.

The huckleberry was a major food source for Native Americans in the northwest and Rocky Mountain region for thousands of years. They would set the berries to dry in the sun or smoke them, then mash them into cakes and store them. This plant is associated with faith and simple pleasures. The berry is used mostly for deserts, it's used in ice cream, jam, wine, pie, syrup, or sometimes just eaten on it's own. Huckleberry picking is particularly popular in western Montana. In the olden days it was not only a way to gain a nutritious meal, but a way for White settlers and Native Americans to interact peacefully and for the younger set to find lovers.

Huckleberry also has it's place in archaic American slang. When someone said, "I'm your huckleberry," he meant, "I'm the best man for the job." To say, "a huckleberry over my persimmon," meant that a task was beyond their abilities. Huckleberry was also used as a term of affection for someone small, like a baby or a sidekick.

Huckleberry will be forever tied to Huckleberry Finn. The Mark Twain character first appeared in The Adventures of Tom Sawyer. Also known as "Huck" he is the son of the town's vagrant drunkard. He has no education and wears rags. Huckleberry is described as "idle, and lawless, and vulgar, and bad" qualities which gain the admiration of the other children. Despite this, he does good things like help Jim escape slavery. Being the son of a violent alcoholic, Huckleberry is strongly opposed to drinking. At the end of the book, he is adopted by Widow Douglas and sent to school. Another fictional namesake is the cartoon character Huckleberry Hound, a blue dog that talks with a southern drawl.

Huckleberry has never been a common first name in the United States, but it's still a name that everyone is familiar with. I think it's used more often as a surname. I see no reason why Huckleberry should only be used for boys. Parents are starting to name their daughters Sawyer now, so why not Huckleberry? It would be awesome for either gender. No matter if it's a boy or a girl, Huckleberry is a sweet name that is in tune with the natural world.