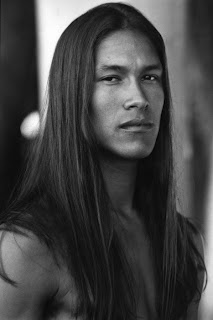 Here's a strong, mighty American moniker that has not seen much use.

Yosemite (pronounced "yoh-SEH-mih-tee") National Park is located in east central California. The park and Yosemite Valley is recognized worldwide as an area of spectacular natural beauty. The park supports a large diversity of plants and animals, many of which are endangered. And in an uninterrupted habitat roughly the size of Rhode Island, they have lots of room.

This valley was originally called Ahwahnee by the Native Americans, which means "large gaping mouth." Yosemite is derived from Yos s e'meti, which is a name that was given to the tribe living in this region by the surrounding Miwok tribe. The Yos s e'meti was composed of renegades from multiple tribes and had a fierce reputation. Their name means "those who kill."

Yosemite Valley was given it's name by L. H. Bunnell. Because of the The Gold Rush, the number of White settlers in the area increase dramatically within a short period of time. And "those who kill" didn't like it. L. H. Bunnell was in the Mariposa Battalion, who drove the Yosemite out of their home. It was common for settlers to disregard native place name and to exchange it with another Native American word, which is why the area is called Yosemite and not Ahwahnee.

James Mason Hutchings and Thomas Ayres were responsible for creating interest for tourism in the area. In 1855, they created magazine articles and and even whole issues about Yosemite. In particular, Ayres highly detailed drawings garnered attention and were shown in art galleries in New York City. As the years went on, the park has maintained a balance between tourism and wildlife protection.

Yosemite has never been a popular given name. However, you might be familiar with this name if you watched Loony Tunes as a child. Yosemite Sam is the grumpy cowboy that hates Bugs Bunny. Are Loony Tunes still on television? I only seem to hear about the newer cartoons nowadays. So this character will most likely not be a obstacle.

Yosemite is a name forever tied with a wild west that exists today only in small areas. With buffalo and wolves and big rocky mountains. It would definitely be an unconventional choice for a name, but a cool one.