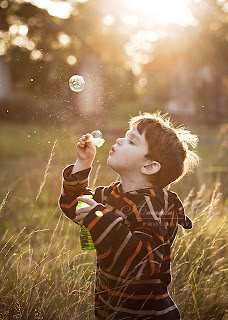 Blessed Lughnasad, fellow witches! To everyone else, Happy August! Let's profile Lugh, shall we?

Lughnasad, sometimes written as Lughnasadh or Lughnasa, is the Wiccan holiday that celebrates the start of the harvest season and specifically the harvest of grains. Mabon, a holiday occurring in late September, is all about the harvest of fruit. The celebration is Gaelic in origin, and it's Welsh and English equivalents are called Calan Awst and Lammas, respectively. Calling this day Lughnasad is a relatively new Neo-Pagan practice, in early literature the festival is referred to as August Eve.

This holiday is celebrated by...well, harvesting. And eating. And if you grow and tend to your own crops, this whole holiday could have a feeling of melancholy. We know that the summer is going to end very soon. The Horned God is getting older as the days grow shorter, and it will only be two more holidays until his death. Aside from harvesting, this festival is celebrated with the Neo-Pagan standbys of dancing, singing, and lighting bonfires. This is also a time to give offerings to the earth. Some Wiccans bake a figure of the Horned God out of bread, sacrifice it, then eat it. In Ancient Ireland, there were contests of strength and skill on this day. What fruits you harvest during this time is dependent on where you live. In northeast America it's time for the blueberry harvest, while blackberries are the festival fruit in the Pacific Northwest. Because the bees are especially active during this time of year, this is also a good time for gathering honey. Traditionally this is considered an auspicious day for handfasting (getting married) and for family reunions.

As the name would suggest, Lugh (pronounced "LOO") is the god of Lughnasad. His name is ultimately derived from the Indo-European word leuk which means either "shine" or "light." According to mythology, Lugh established this holiday as a memorial feast in honor of his foster mother Tailtiu. Tailtiu died of exhaustion after clearing the plains of Ireland for agriculture. Lugh is a divine hero who presides over the arts, all skills, the sun, and justice. He fights against all forms of slavery and discrimination, so you can call on him to make the world freer for everyone.

Lugh may or may not be based on a real person that existed in history. According to the Book of Invasions, an old text which recounts much of Ireland's early history, Lugh belonged to the monstrous race of the Fomorians. Balor the Evil Eye received a prophecy that his grandson would rise up to kill him, so he imprisoned his daughter. That didn't work. His daughter was seduced by one of the Tuatha, the Fomorian's enemy. Balor's daughter gave birth to triplets. He managed to drown two of them, but Lugh survived and was raised by a blacksmith. When Lugh grew up, he did indeed kill Balor.

Lugh has never been a popular name in the United States, but it looks like a name that would fit in very well. Generally, it's easy to spell and pronounce once you know it. However, most people will want to pronounce it so that it rhymes with Hugh, so just be aware of that. The Welsh variant is Lleu, and Lugus is a Gaulish version, and both those names belong to pretty much the same god. It's a short, manly name that will be unburdened by nicknames, if that's what you're looking for. It's a great name for any boy born during the Lughnasad festivities.