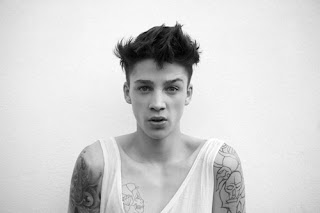 Here's a name that I didn't really like before Harry Potter, but because of the books it's been growing on me.

Cedric Diggory first appears in Harry Potter and the Prisoner of Azkaban, but does not really become a character until Harry Potter and the Goblet of Fire. He is a Hufflepuff student who is a competitor in the Triwizard Tournament alongside Harry. He is described as a handsome and popular boy who embodies the qualities of the Hufflepuff house: fair, friendly, and modest. He is the boyfriend of Cho Chang, who Harry has a crush on at the time. Cedric is also the first to die in the Second Wizarding War.

Cedric (pronounced "SEHD-rik") is a name that was born from an author's mistake. When Sir Walter Scott was writing Ivanhoe, he created a character called Cedric of Rotherwood thinking that it was the name of an old king. In the book, Cedric is the father of Ivanhoe, who disowns him for supporting the Norman King Richard and for falling in love with a woman he intended to marry off to another man. But in fact, the historical Saxon king's name was Cerdic, not Cedric. Cerdic was the first King of Wessex. No one is quite sure where his name came from, although some believe it to be Germanic. Others think that it's derived from a Welsh name, either Cedrych, meaning "pattern of bounty," or Caredig, meaning "beloved." But I don't think anyone really knows for sure.

There was a point in history where Cedric had a "sissy" image. Cedric Errol Fauntleroy is the main character in Frances Hodgson Burnett's novel Little Lord Fauntleroy. He is a genteel half-English half-American boy in a poverty stricken family who is adopted by his aristocrat grandfather. He is described as "a graceful, childish figure in a black velvet suit, with a lace collar, and with lovelocks waving about his handsome, manly little face." That would be a laughable outfit for a little boy today, but this book had a large impact on fashion. That look was incredibly popular in the American middle-class appearing right after publication in 1885. It stuck around until after the turn of the century. I mention this just in case you're considering this name and are getting wrinkled noses from the older set, because this is probably why.

A pre-Twilight Robert Patterson played Cedric in the Harry Potter movies, which I thought would give this name a popularity boost. But I'm looking at it's popularity over time, and it doesn't look like the books or films affected it in any significant way. The name first appeared in the 1900s and it briefly dropped out in the 1920s. But it was the most popular in the 1970s at #245. It's currently at #726, but it's declining. Cedrick also charted in the 1980s. Other variants include Caddaric, Cedrik, Cedro, Sedric, Sedrick, and Sedrik. Nicknames include the well used Rick and Ricky.

Most associations with this name are more literary than Pagan. But I don't think of Ivanhoe when I hear this name. I don't think about Little Lord Fauntleroy. I think about Cedric Diggory. This definitely gives it a witchy vibe. So it would be a great Wicca-lite name for a Neo-Pagan boy.