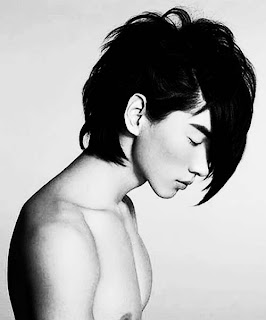 Actually, Marvolo is a name invented for two characters in the Harry Potter world. One is, of course, Tom Marvolo Riddle. The other is his grandfather, Marvolo Gaunt. Marvolo Gaunt was a pure blooded wizard and a descendant of Salazar Slytherin. Centuries of inbreeding caused instability and violence in the once great household, and the first Marvolo was obviously mentally deranged. He had two children, Morfin and Merope. He tolerated his son but genuinely hated Merope, and constantly abused her.

Despite this, Merope bestowed her father's name to her son. Young Tom did very well in Hogwarts, excelled at all his classes and came off as polite and handsome. But he was hiding a sadistic, manipulative, and narcissistic personality. After graduating, he traveled and learned more about dark magic. Tom Marvolo Riddle always hated his name because it was normal, which is why he changed his name to Voldemort believing that it would strike fear in those that would stand in his way.

Marvolo was a name created out of necessity. J.K. Rowling needed the character's name to be an anagram for "I Am Lord Voldemort." Because there is no official meaning, I like to consider all the things that it could mean. What went into the invention of this particular name? It obviously sounds like it could mean "marvelous" or "marvels," which is certainly a positive association. I find Marvolo interesting because it suggests Italian or Spanish heritage.

But J.K. Rowling is inspired by names in Shakespeare plays. This name has a startling similarity to Malvolio, the character in Twelfth Night. He's the one that is tricked into wearing yellow stockings to woo Countess Olivia, who he believes has fallen in love with him. There's no real proof that that's where Marvolo comes from, but it's an interesting theory.

So, could Marvolo work in the real world? I would give it a very tentative yes. It's an obscure Harry Potter reference with a lovely sound, but none of the namesakes are particularly positive. I can see it appealing to people with gothic sensibilities, so it does have a place in the naming world. But if we're talking about it for my own future kids, I'm on the fence.