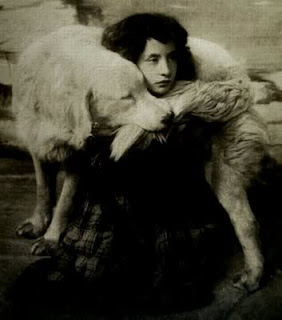 Last weekend, I went on a trip with my family to see Mount Saint Helens and stay a few days in a beautiful beach house in Oregon, and those few days were very tense for me. Because I've been carefully watching all the earthquakes and tsunamis in Haiti, Japan, Argentina, and New York City (seriously? New York City?) during the year and looking at the active volcanoes to the east and the ocean to the west. And I keep thinking, "It's only a matter of time." I live a safe distance away from both. I think.

Anyway, I watched the educational movie that they have in the tourist building for Mount Saint Helens (which is gorgeous, by the way, I thought I was looking at a painting). After the eruption, the soil around the volcano became filled with pumice. No plants could grow in this pumice except for the hardy lupine, which make the mountain all purple and pretty and made the soil suitable for other plants again.

Lupine (pronounced "LOO-pin" or "LOO-piyn") is derived from the Latin lupinus, meaning "wolf." This name was given to the plant because it was believed to "wolf" down all of the nutrients in the soil, when in fact it does the opposite. The plant is found in south and western North America, the Andes, the Mediterranean, and Africa. They have recently been introduced to New Zealand by accident, and are rapidly taking over the country.

The plant has many culinary uses, although most of the time they must be soaked in a salty solution before eating. Lupine beans were a popular dietary supplement of the Ancient Romans, and lupini dishes are still commonly found in most Mediterranean countries. The plant is also used to make vegan foods, and they are fast becoming an alternative to soy. And sometimes they are kept just because they look pretty. Their flowers could come in purple, pink, or bluish. Because of the flower's shape, some lupines are known as blue bonnets or Quaker bonnets.

To Harry Potter fans, this name may appear to be somewhat familiar. Professor Remus Lupin was first introduced in Harry Potter and the Prisoner of Azkaban. During his school years he was best friends with James and Sirius. He became the defense against the dark arts teacher and a father figure to Harry. The character was given two names that have something to do with wolves because he is a werewolf.

Lupine has never been a common name, but it is very similar to one. Lupe is a Spanish unisex name. They both peaked in the 1930s, #341 for girls and #567 for boys. This name is often a short form of Guadalupe, and is therefore a reference to the Virgin Mary.

Lupine would be a lovely moniker for a child. Current fashion is steering away from names that end in -ine for boys, but they're not completely unheard of and I still think this would be a great for either gender. Sweet Lucy or Lou. What do you think?