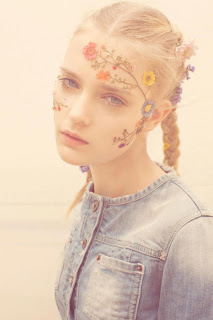 Yes, I know, I know, I didn't do well with the Harry Potter theme. I ran out of time. But I did get a new temp job that has taken a lot of my time and will take a lot more this month and half of September, so please bear with me. I'm going to be sprinkling in more Harry Potter names throughout August in order to make it up to you guys, m'kay? And if I'm going to do Harry Potter creature names, we can't forget Hedwig.

Hedwig is the beautiful snowy owl that Harry buys as a pet in Diagon Alley. In the wizarding world, owls are used to transport the mail, so Hedwig is not just a pet, she's a connection to the outside world. For such a small character, her name has tons of history.

Hedwig (pronounced "HEHD-wig") is a name of Old German origin. It is derived from the name Haduwig, meaning "fighter." There are many different variations of this name from around Europe. Hedy (as in Hedy Lamar) is the Anglicised diminutive. Edwige and Edvige are from France and Italian, respectively. Hadewych is Dutch. Jadwiga, Iga, and Jadzia are Polish. Hedvika is Czech and Hedviga is Slovak.

Hedwig is a name worn by several saints. Saint Hedwig of Andechs was the Duchess of Poland who had a great zeal for the Church, and gave all of her fortune to it. St. Hedwig's Day is observed on October 16th. Later, another Polish Saint Hedwig was crowned as king (the idea of a queen regnant was unheard of at the time). She is the patron saint of queens.

This was also a name popular with royalty. Hedwig of France was the daughter of Hugh Capet, the first King of France. She was named after her grandmother Hedwige of Saxony, a German noblewoman and mother of Hugh Capet. Hedwig of Kalisz was the Queen consort to Wladyslaw I the Elbow-high. Hedwig Jagiellon was the Duchess of Bavaria, wife of Duke George of Bavaria.

When it comes to fictional namesakes, Harry's owl is not my first thought. If you're a fan of musicals, you may or may not be familiar with Hedwig and the Angry Inch. Both the stage and film versions are about a fictional punk rock band fronted by Hedwig, a transgender singer from East Germany. It's much better than it sounds, and the music is awesome. Both versions have a cult following, and stage productions are performed all over the world. But this association might be a turn off for some people.

Hedwig is a name that used to be popular in America. It's two peaks were in the 1890s at #492 and in the 1910s at #566. It was a companion to other German names that were popular at the time like Mathilda and Wilhelmine. But nowadays, it's a rarity.

I'm not Caucasian enough to see Hedwig as a potential name for my own child. That being said, I do like it. It's sweet, yet strong. She's a warrior, and yet she's soft as well. The adorable owl connection doesn't hurt. So I would like to see a little Hedwig on the playground.

Image Credit:
http://weheartit.com
Posted by Isadora Vega at 10:09 AM