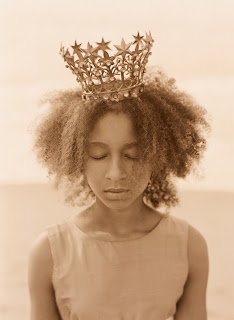 Another name that I came in contact with in Spain, Nuria is a staple in that country.

I've seen several explanations for the origin of Nuria (pronounced "NOO-ree-ah"). One is that it comes from the Catalan title for the Virgin Mary: Nostra Senyora de Nuria ("Our Lady of Nuria). According to Catholic tradition, Saint Giles lived as a hermit in what is now known as the Vall de Nuria for four years around 700 AD. While there, he crafted a statue to the Virgin Mary and hid it in a cave so that it would be safe from the Romans. He also left a cross, a cauldron he used to cook in, and a bell he used to call shepherds to mass. Years later in the 1000s, the pilgrim Amadeu had a prophetic dream of the statue, moved to the valley, built a chapel and eventually found it.

The statue that is there now is not the one that Giles supposedly made, but it is still venerated. The whole valley has a reputation for being a holy place. There is a spring next to the famous cave whose waters are said to have healing properties. The bell and cauldron are used in a fertility ritual that requires the woman to stick her head in the cauldron while the husband rings the bell. If this ritual results in a pregnancy, the child is either named Nuria or Gil.

So that would explain the inspiration for using this name. But that doesn't really explain where the name comes from. Another source states that Nuria is the Spanish variant of the unisex Arabic name Noor, meaning "shining" or "light." Knowing Spanish history, this would make sense. The Arabs first conquered Toledo and Cordoba in 711 AD, the same time in which Giles' supposedly made the statue. So perhaps both explanations are correct.

Apparently Nuria is quite a common name in Spain, and in particular Catalonia. It ranked #34 there in 2008. But here in the United States, it remains a rarity. Not even the Spanish speaking population uses it much, and it has never charted. But it's a lovely name. It's not a trendy sound at the moment, which probably works against it a bit. But it also sounds a lot like classic chart toppers Olivia and Sophia, so perhaps there's a chance that it could be used more.

So if you're looking for a name with a definite Spanish flair, Nuria is for you.