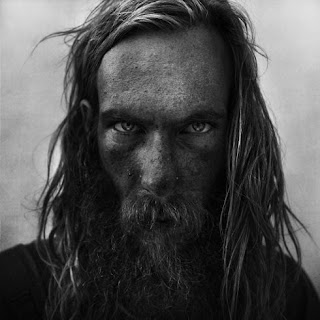 Calm yourselves, I don't actually think that this name has much of a chance of being used on an actual person. Nevertheless, he is an important figure of the Yuletide season.

I actually had no idea who Krampus was until last year. I was researching seasonal traditions and kept thinking, "What the heck is this black demon thing? I'm very suspicious of Satan-like beings. Is this actually Pagan or is this some Christian invention that they're attaching to us?" Chances are he could be both, but he's mostly the later.

Krampus (pronounced "KRAM-pus") supposedly comes from pre-Christian Germanic traditions, but we don't know anything beyond that. He does bear a striking resemblance to the satyrs from Greek mythology, but we don't know if there is actually a correlation. Other sources state that Krampus is more of a folkloric figure than a mythical one. If there has ever been a Pagan connection, it's been buried under layers of Christinization. The name Krampus comes from the Old German word for "claw," but the character has many names including Grampus, Klaubauf, Bartel, Wubartl, Niglobartl, Pelznickel, Gumphinckel, and Schmutzli.

Depictions of him vary from region to region. In a few, he looks quite a bit like Satan. In other drawings, he looks more like a wild beast-man with black fur covering his body, cloven hooves, and horns. His long, pointed tongue lolls out obscenely. Basically his main function is to scare children into behaving. While Saint Nicholas deals with the good children, he deals with the bad. Coal is the best you can hope for from him. He also beats children with whips or birch swatches, drowns them, eats them, and/or drags them to Hell. All of that seems like overkill for not eating your vegetables.

His holiday is Krampusnacht, which occurs on the night before the Feast of Saint Nicholas (which is today, so Krampusnacht was yesterday). People celebrate by dressing up like Krampus and parading through the streets. Not surprisingly, alcohol is involved in the festivities. Krampus' favorite drink is Schnapps, and it is customary to offer some to anyone dressed like him. This tradition is common in Germanic countries and also in pockets of America that have a heavy Germanic population.

Krampus is a bit of a controversial character. The Catholic Church, traditionally prejudiced against wild goat-like figures, has tried to stamp out the customs a few times to no avail. There have been similar attempts made in Austria recently that also failed. Today, there is still a lot of debate as to whether Krampus is appropriate for children. There has been a few attempts to make Krampus a bit "cuter," so that he's more funny than scary. In any case, the popularity of Krampusnacht is growing, even though it's still very rare.

Admitedly, the Neo-Pagan community doesn't pay all that much attention to Krampus. I can see how the more macabre amongst us might like him, but he doesn't do it for me. As for the name Krampus, it doesn't have the most pleasant sound in the world. I certainly can't picture it on a child, although I'm sure it's been done because everything's been done. But could someone use it on themselves? Whatever makes you happy, man.