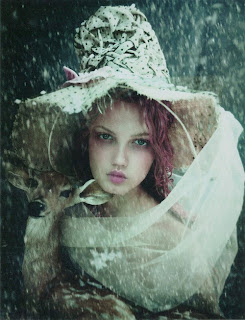 These two little vowels make up a name enthusiast favorite.

Io (pronounced "IY-oh" or "EE-oh") is a Greek name with an unknown meaning. But "Io Saturnalia!" was the traditional greeting during Saturnalia, the Ancient Roman holiday that our Yuletide celebrations are partially derived from. One can assume that Io in that case meant good things, like "happy" or "merry."

In Greek mythology, Io is a nymph and a priestess to Hera. She catches the eye of Zeus, which is not particularly difficult as Zeus lusts after any animate and inanimate object. He then transformed Io into a cow in order to escape his wife's suspicion, but Hera was not fooled. Hera sent an all-seeing giant named Argus Panoptes to guard her, but Zeus sent Hermes to distract him. Cow-Io wandered off, was stung by an annoying gadfly sent by Hera, and eventually wound up in Egypt. Admittedly, it's not much of a story.

Io is also one of the moons of Jupiter. It is quite an interesting moon, as it is the most geologically active object in the solar system. It has over 400 active volcanoes. Some of it's many mountains are taller than Mount Everest. It was discovered by the great Galileo Galilei, which makes it an important satellite in the history of astronomy.

Io has never been a common name in the United States. I'll admit that this name is not one of my favorites. I need a little bit more than two letters. And the pronunciation isn't immediately obvious, which is an accomplishment considering how small it is. But the connection the the Yuletide season is appealing. It also has some nerd association as Io is a programing language. It has one alternative spelling: Eyo. I don't know if that makes the pronunciation easier or harder.

Io has a lot of fans, though. There's a lot of Witchiness in Io. So I like Io, just more so on someone else's kid.