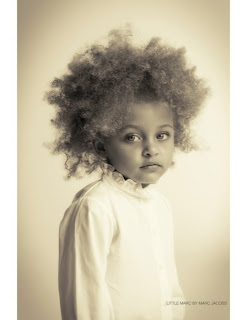 Rue was one of my favorite characters in the Hunger Games, and I know I'm not the only one that adored her. Her name has been getting some attention too. I don't want to give away too much, but judging from what I've found on this name, it's pretty fitting for the character.

Rue (pronounced "ROO") is an English word ultimately derived from the Latin ruta, which has pretty much always been associated with the shrub. My experience with this name was similar to Katniss in that before the book I had never heard of the plant. It is native to Southeastern Europe, specifically the Balkans area, but can now be found throughout the world. Rue is an evergreen shrub with small yellow flowers and blueish leaves. It is sometimes known by it's other name, herb-of-grace.

This plant has many practical uses. Traditionally, the plant has been used to induce abortions in humans and livestock. Despite that, it can still be used in cooking, although sparingly. Used in excess it will cause vomiting. While it used to be quite a common ingredient in Ancient Roman and Middle Eastern food, rue has fallen out of favor in most of the Western world (it is very bitter tasting) and you can't even find it in a grocery store. Italian Renaissance painters commonly ate rue and cress sandwiches to sharpen their eyesight. Cats don't like the smell of rue, so this plant can be used to deter them. Unfortunately, exposure to rue can also cause severe blisters on the skin.

The plant's association with regret goes back a long way. Supposedly the expression "rue the day" comes from the old practice of throwing rue at an enemy while cursing him. But rue as a verb meaning "to feel regret" has a different etymology from rue the herb. It is ultimately derived from the Proto Indo European kreae, meaning "to push" or "to strike."

In any case, regret is not rue's only association. Rue is important to many different religions. This plant is considered sacred to Mars, Diana, and Aradia. Rue is the only herb to be blessed by the Prophet Mohammad. During the Middle Ages it was hung in doorways to protect against evil spirits. It was also thought to protect against the plague, which it probably did as rue repels fleas. Rue was sometimes called witchbane because people carried it around to protect against witches. This plant is the national herb of Lithuania, where it is associated with virginity. Today, Neo-Pagans use the plant to develop second sight and for protecting the home.

Rue has never been a common name in the United States, although it has occasionally been used as a form of Ruth. American Actress Rue McClanahan is one well known namesake. I've also heard of one variant: Ruey. There is no relation to Roux, although they sound exactly the same.

I can definitely see Rue being used more in the future. I don't see the "regret" meaning as much of a problem although that might put some people off. Rue is also French for "street," I don't know if that makes a difference. Perhaps the Hunger Games film will give this name a push.