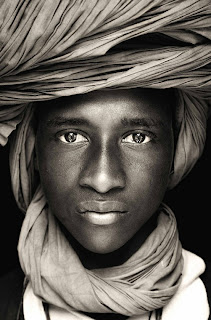 I'm actually surprised that Apollo is not used more.

Apollo (pronounced "ah-PAH-loh") is a god from Greek and Roman mythology. No one is certain where the name came from, but there are a few educated guesses. One theory is that it comes from the Indo-European apelo meaning "strength." Others think that it might be a variant of Appaliunas, the name of an Anatolian god meaning "father lion" or "father light." There is another possibility that Apollo might have come from a Dorian god called Apellon. The Greeks themselves often associated this name with the word apollymi, meaning "to destroy." Other possible word that it comes from is apolysis ("to redeem"), apolousis ("purification"), and aploun ("simple").

Apollo is the son of Zeus and Leto and the twin brother of Artemis. It is said that he was born on the seventh day of the seventh month. He is depicted as the masculine ideal of his time, a young, athletic, beardless youth. He is the ruler of the Muses, and is pretty good with a lyre himself, and is therefore considered the god of music and poetry. His association with Delphi also makes him the god of prophecy, divination, and visions. The Delphic Oracle had many sayings, many of which were believed to have come from Apollo like, "Know thyself." While his sister is considered the goddess of the moon, he is considered the god of the sun. It was believed that he could never lie, so oaths were sworn to him in much the same way that Christian people would swear to God today. Not all of it was so great though, Apollo could also bring plague and disease to any town that displeased him. Apollo is usually seen as a civilized god ruled by logic as opposed to Bacchus/Dionysus who is ruled by pleasure and instinct. I find that somewhat humorous as Apollo is not above chasing women. Out of all of his loves only one was not murdered, a family member, or transformed into a tree. He also presides over matters of law, archery, and the sciences.

Apollo is unique in that he managed to keep his name when he moved over to the Roman Pantheon. Okay, the Greeks called him Apollon, but it's still pretty close. Closer than Zeus and Jupiter. But he has many other names including Delphinian, Pythios, Pheobus, Loxias, Iatros, and Lukeios. Modern day Neo-Pagans can honor Apollo by enjoying the arts everyday, watching the sunrise or the sunset, learning divination, or taking up archery.

Aside from being very strongly Pagan, this name also appears in the Bible. Saint Apollos was the name of one of Jesus' first disciples. It also has a celestial feeling to it because of the Apollo missions to the moon. Although Apollo is the Ancient Greek name for the planet Mercury, that association didn't carry on into the Ancient Roman culture (Mercury is the Roman name for Hermes).

Apollo is a name I've seen used on real people a number of times. One of them is Olympic speed skater Apollo Anton Ono. There was also an American rocket scientist and a vice admiral of the United States Navy. Despite that, the name has still never charted in the United States.

But why not? Apollo's a great name with strength and history. It's one that I would consider.