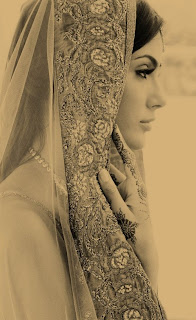 Here's another exotic Harry Potter name that doesn't get much attention.

Parvati Patil, along with her twin sister Padma, has been in the Harry Potter books since the beginning. However, Parvati was sorted into Gryffindor and Padma into Ravenclaw. Classmate Dean described as being the most beautiful girls in the school. Parvati's favorite subject is divination, and Professor Trelawney told her that she could be a seer. She was also Harry's date at the Yule Ball, but for the most part was ignored by him. Parvati is the less serious of the two sisters. She is known to enjoy gossip and fashion.

Parvati (pronounced "par-VAH-tee") is the name of a very popular Hindu goddess. Her name means "she of the mountains." This is because she is the daughter of Himavan, the personification of the Himalayas. She is a consort to Shiva, god of destruction and rejuvenation. Parvati is the supreme Divine Mother, goddess of love and devotion, and all other goddesses are incarnations or manifestations of her. She is also the mother of Ganesh and Karttikeya. She is often depicted riding a tiger or a lion.

When Parvati was a child, a priest came to the palace of her parents. The priest predicted that Parvati would marry a great yogi. Her royal family was not pleased, as they certainly did not want Parvati marrying anyone poor. But they couldn't dissuade her from falling in love with Shiva. Shiva was reclusive and spent all day meditating in a cave. Parvati could not get his attention. So she decided to retreat into the forest and meditate herself. She created so much concentrated energy that Shiva found it impossible to ignore her. He eventually stepped out of his cave to accept Parvati as his wife.

It is thought that the inspiration for Parvati Patil's name, as well as that of her sister's, is the model and cookbook author Padma Parvati Lakshmi. If this is the case, J.K. Rowling is not the only author to use her as a muse. Padma Lakshmi had an eight year marriage to controversial novelist Salman Rushdie. There are two characters named Padma and Parvati in his book Midnight Children. Midnight Children is an allegory for historical events in India after it's independence from Britain. It's main protagonist is Saleem Sinai, who is born at midnight on the first day of independence. He has telepathic powers because of this, and discovers that other children born at the same hour he was also have special powers. So he assembles them together into the Midnight Children's Conference. One of these children is "Parvati-the-Witch."

On one hand, I understand why people listing Harry Potter names tend to forget Parvati. Parvati is a secondary character in the books. The name's association with the Hindu religion is much greater than it's association with the "boy who lived." It's a very common name in India. As for it's use in America...well, let's put it this way. Anything connected with India is going to seem hippy-dippy to some people. Not that there's anything wrong with that. I think it's a beautiful name and would like to see more of it.