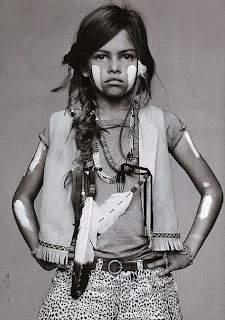 Before you think that this one is incredibly crazy, allow me to explain.

Otter is an English word that comes from the Pre Germanic otraz. It is ultimately derived from the Proto Indo European udros, which literally means "water creature." This is the same source for the Greek word hydra, which is a type of mythical sea serpent.

Most people are familiar with what an otter is. They are semi aquatic mammals similar to weasels only slightly bigger and cuter. There are species of otters living throughout Europe and in parts of Asia, North America, South America, and Africa. Most people have a positive association with otters as they playful, beautiful to watch when they're swimming, and do adorable human-like things with their paws.

Many cultures refer to this animal as the "water dog." In Ancient Persia the otter was the most sacred creature and killing one was forbidden. In Scottish mythology there is the tradition of Otter Kings who grant wishes when captured. Otter Kings are hard to kill, but if you manage the task their pelts bring invincibility. In Celtic mythology, there are many stories of otters helping humans, often by bringing them fish to eat. St. Cuthbert is the patron saint of otters. In a Norse myth, Loki killed the dwarf Otr while the later was in the form of an otter. The other dwarfs were furious and demanded compensation from the gods, who gave them an otter pelt filled with gold.

There are many stories about otters amongst Native American cultures too. Generally, the otter is seen as a trickster spirit, mischievous but never evil. Tribes in which the otter is their totem include the Muskogee Creek, the Abenaki, the Menominee, and the Chippewa. Amongst the tribes along the Alaskan and British Colombian coast, otters are associated with ghosts and drowning and are therefore unlucky. This animal also appears in recent works of literature like Wind in the Willows and Ring of Bright Water. It's J. K. Rowling's favorite animal, that's why it's Hermione's patronus in the Harry Potter series.

The only person I have ever seen with this name was a well known Neo-Pagan. Timothy Zell went by Otter G'Zell for a time before settling on Oberon Zell-Ravenheart. Mainstream people might not be convinced that this name can be used because of that. But if parents can name their kids Bear, Bunny, and Fox, then they can use Otter. Otters make me smile. I like names that come from things that make me smile.