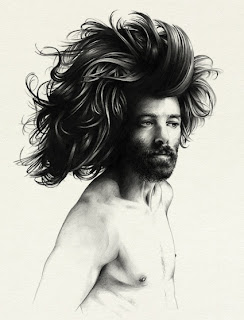 So there are quite a few requests that I need to take care of. Jelly, whose mother has encountered a little boy with this name, has requested Aslan.

This name is heavily associated with the benevolent and mystical lion leader in C. S. Lewis' Chronicles of Narnia. He's aptly named. Oddly enough, Aslan (pronounced "AHS-lan") is a Turkish name meaning "lion." In Lewis' classic stories, Aslan is the only character to appear in all seven books. He possesses godlike powers and even created Narnia through his song.

Because of this, the Narnia series has a mixed reception amongst Neo-Pagans. Some of us find it too preachy and we don't like how some Christians use it to convert people. However, it's worth noting that just because the books are pro-Christian it doesn't mean that they're anti-Pagan. There are lots of Pagan references in Narnia, and not just Jadis the evil White Witch. Many Pagan characters are depicted in a positive light, like Dionysus, Dryads, Satyrs, Fauns, and many others.

Aslan has never been a common name in the United States. I've noticed that this name is used a lot in Russia, which was kind of surprising. It's also well used in Muslim areas, which is not surprising. Historically Aslan, as well as it's variant forms Arslan and Arsalan, was the title of several sultans. Aslan is also the name of an Irish rock band.

I like Aslan. It kind of makes me want to give the books another chance (I didn't really get them as a kid). I find the name's association more literary than Christian. Overall, it's pretty cool.