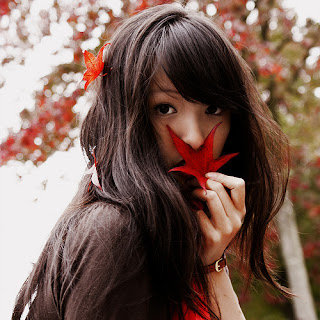 This botanical option is something of a new favorite in the name enthusiast community.

The etymology of maple is Old English derived from mapultreow, meaning "maple tree." The word could either come from the Pre Germanic malto or maplo, but the meaning behind both words is a mystery. It is interesting to note that this word first appeared in print in Geoffrey Chaucer's "The Knights Tale." This word has an obsolete adjective form as well, mapelin. That could work as a name, too.

Most species of maple trees are native to East Asia. The Japanese maple is probably the most well known because it's leaves stay red year round. But, of course, the tree can also grow in North America, Europe, and North Africa. It is not considered to be one of the super-important Celtic trees because maples are definitely not native to Ireland. They have very distinctive leaves that have three points.

In Neo-Pagan culture, maple is considered to be one of the most spiritual trees. Therefore, wands made from this wood are used predominantly for spiritual healing. It is also a great wood for travelers, and will help with magickal work that has to do with focus, learning, and love. In mainstream culture, the maple has long been a symbol of strength and endurance. The maple tree has a strong association with Canada as the leaf appears on their flag. In Japan, there is an Autumn tradition of viewing maple trees as their leaves change color.

As far as practical uses go, maple trees are famous for their syrup. Syrup can be collected from a few species but the sugar maple is the most popular. The dried wood is often used for smoking food. The wood is also used to make bowling pins, pool cues, butcher's blocks, and bows for archery. Maples are also a popular choice for Japanese bonsai, the art of growing and cultivating miniature trees.

Maple is still a new name and has never appeared in the American top 1,000. Most people read this name a feminine because of it's similarity to Mabel. But there is some history of it being used as a surname, which would traditionally point it towards being used for boys. But there isn't enough use for it to be claimed by either gender.

It's not one of my absolute favorite tree names, but I think that Maple sounds sweet and thoughtful. I look forward to seeing it used more.