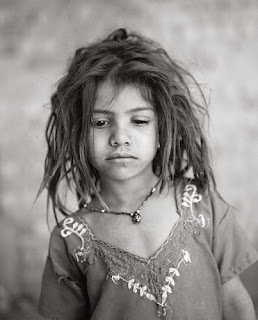 Finally we're at the month of Alder, which is coincidentally the one I was born in.

The Celtic Tree Month of Alder (pronounced "AHL-der") takes place between March 18th and April 14th. The word is ultimately derived from el, the Proto-Indo-European name for that tree that means "red" or "brown." This is the same etymology as the distantly related elm tree. The tree's Celtic name is fearn (pronounced "FAIR-un"). This tree is often called "the wood of the witches."

The sound of this name would be perfect for a boy. But I'm placing it in the unisex category because the month of Alder is all about the ties between women, particularly the mother-daughter bond. Because the bark of the tree was used to make dye (red dye from the bark, green dye from the flowers, and brown dye from the twigs), the tree became associated with the traditionally feminine art of spinning. Magickal flutes, pipes, and whistles can be made from this tree. These instruments can be used to summon and control the air spirits. The alder is also used for magick relating to construction or building. The tree is good for fairy magick as they enjoy dancing under this tree when it is in flower. The Fey of alder trees are often believed to be water sprites or "dark fairies," and when they leave the trees they take the form of ravens. You can also use this tree for prophecy, duty, intellect, oracular strength, resurrection, teaching, and weather magick.

Alders are spread throughout northern temperate regions as well as the Americas. This tree was used by the Native Americans for many purposes. Some catkins from alder have a degree of edibility, but they don't taste very good so they were only eaten as a last resort. Alder bark contains the chemical salicin, which is an anti-inflammatory. Tea made from the bark can be used to treat diarrhea, toothaches, coughs, and pains during childbirth. You can also use the bark to make a potion that can be used to wash the eyes, treat poison ivy, and help heal swellings and sprains. Much of the pilings that form the foundation of Venice is alder wood.

Alder has some history as a surname, and as a surname it could come from a number of sources. One is that it has to do with the alder tree. Another is that it's a form of the Old English name Ealdhere, meaning "ancient army." It could also be a variant of the German name Alter.

Alder has never been a popular name in the United States. But as I said before, this name seems perfect for boys. It fits in with names like Elder, Sawyer, Archer, and Jasper. So I can see this name being used.