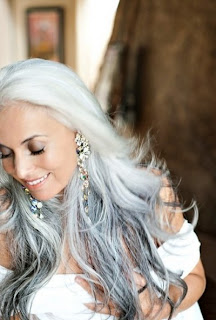 Some people say that Ancient Roman and Greek names are the "new thing," but Diana has been going strong for years and shows no signs of stopping.

Often Diana (pronounced "dee-AH-nah" or "diy-AH-nah") is generally accepted as the Roman form of Artemis, but it's a little more complicated than that. There was a goddess that was already worshipped in Italy that Artemis probably merged with. Her name is also more complicated than it first appears. Most sources give the meaning as "divine," but it's ultimate Indo-European root word dyeu means "the sky" or "to shine."

Diana's persona is a bit complex. Like her Greek counterpart, Diana is the twin sister of Apollo and the daughter of Jupiter and Latona. In artwork, she is often depicted as a young woman with a practical short tunic, always holding her bow and quiver of arrows. She is associated with light, virginity, childbirth, hunting, wild animals, and royal succession. Later, she took over the role of moon goddess, which originally belonged to Luna. She prefers roaming the high mountains and the deep woods. The oak tree is particularly sacred to her. Diana was worshipped annually on August 13th. She was very popular with lower class citizens and slaves because slaves were granted asylum in her temples. The "royal succession" tag is an interesting one, apparently the only way you could become a Priest of the Cult of Diana is by finding a Priest and challenging him to a fight to the death. And win, of course. Worship of Diana is even mentioned in the Bible, although I suspect that it's not shown in a good light.

Diana remains very popular. She has a whole branch of Wicca named after her called Dianic Wicca. This particular type of Wicca focuses exclusively on the feminine divine. Dianic Wicca was popularized by Z. Budapest and remains somewhat controversial because the covens are not often accepting of men. Diana is also an important figure in Stregheria, in which she is the Queen of Witches and Aradia's mother. And there is another mythical figure with this name, Diana Prince. Also known as Wonder Woman. The whole point of Wonder Woman is that she's an Amazon princess who leaves her home in order to save the world from oppression.

Diana has been used as a given name since the 1500s, and is now well assimilated into the mainstream name pool. She has always been in the top 1,000, but it's peak was during the 1950s at #55. Now it rests at #191. Diana has many variant forms including Deana, Diahna, Diandra, Dian, Didi, Diannah, Dyana, and Dyanne.

This name has been popping up on baby name blogs recently. People wonder if royals William and Kate would name their hypothetical baby Diana. Some figure that this name has to be in the running because of William's late mother Princess Diana of Wales. Years after her death, she is still arguably the most famous bearer of her name as she was well loved by the public. But there are others that say that there's no way that there will be another Princess Diana, the Queen would never allow it (referring to the bad blood after the divorce). Well, here's my two cents: of course Diana is a possibility. Not allowing William to use the name of his own mother would look very, very bad. The Queen had terrible PR after Diana died, I don't think she'll want to go through it again. Don't royals have at least five middle names anyway? I think she'll live.

Us commoners can use Diana without any problems. It will look regal no matter who decides to use it. It will fit in with the crowd and yet it has lots of Witchy cred.