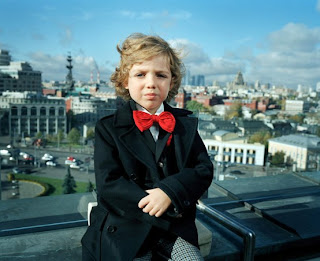 Here is a great name from the art world that you don't really see in the baby name world.

Figaro (pronounced "FIG-ah-roh") is the lead character in a trilogy of plays by Beaumarchais: The Barber of Seville, The Marriage of Figaro, and The Guilty Mother. This is an invented name. No one is really sure where the inspiration came from, but the theory is that it's a phonetic transcription of fils Caron. I assume that's pronounced "fee-caro." The playwright's given surname was Caron. Figaro has come to mean "barber" in France because that was the occupation of the character.

Figaro's character is inspired by Commedia dell-arte. He's a comic character, but a bit of a cynical one as well. He's a low class servant who takes a number of jobs working for nobility. Beaumarchais' plays, in particular The Marriage of Figaro, was banned in Vienna. The Aristocracy believed that it incited common people against them, and there were tensions bubbling up the decade before the French Revolution so this was a real fear. But the first two plays were adapted into operas anyway. The Barber of Seville was composed by Rossetti, and The Marriage of Figaro was composed by Mozart.

The name lived on after the plays. Spanish author Mariano Jose de Larra often went by Figaro. I keep thinking that Cleo has a cat association because of the Disney film Pinocchio, but Cleo was the fish. Figaro was the cat. Le Figaro is the oldest still-existing newspaper in France. And if you're a fan of the stage musical We Will Rock You, there's a character called Galileo Figaro.

But I've never heard Figaro used as a name for a child. Perhaps because some people might immediately start singing when they hear it? I seem to remember singing this name over and over in a fake opera voice when I was a child. I don't know if the tune was from any of the stage productions, but I have to have heard it from somewhere.

Some might not be comfortable with the idea of this name. But I don't think this name would be all that crazy. If someone can name their son Mowgli, Figaro is up for grabs too.