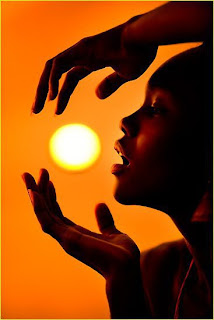 With it's connection to eternity and immortality, there's lots to love in Phoenix.

Phoenix (pronounced "FEE-niks") is a Greek name derived from phoinix, meaning "bright red" or "dark red" depending on who you ask. The name could also refer to the Phoenicians, who were well known for their dyes, among other things. Another source lists that it could mean "palm tree." The popular opinion on Phoenix as a name is that it's brand new and has no history. Nothing could be further from the truth. There are two warriors named Phoenix in The Iliad, for Gods' sakes. Not sure how popular it was, but this certainly suggests that Phoenix was a given name in Ancient Greece.

Of course, phoenix is also the name of a mythical bird. The phoenix is a fire spirit with a 1,000 year life span. At the end of it's life it bursts into flames and is reborn as a chick from the ashes of it's former body. In some variations of this myth, the new phoenix embalms the remaining ashes of the old phoenix in an egg made of myrrh and flies it to Heliopolis, an Egyptian city of the sun. Either way, the phoenix is a clear symbol of reincarnation. Within all of the various representations in different literature and cultures, this aspect remains the same.

Most people believe that this mythical creature originated from the Egyptian Book of the Dead, where a stork-like bird called a benu is mentioned as a sacred symbol of Heliopolis. Description of it appeared in the records of ancient Greek historian Herodotus. He wrote, "Now, I have not actually seen the phoenix, except in a painting, because they are quite infrequent visitors to this country; in fact, I was told in Heliopolis that they appear only at 500-year intervals." He also describes the phoenix's appearance, as a red and gold bird roughly the size of an eagle. It is typically described as a benevolent bird, but that doesn't mean that humans are always safe around it.

The myth of the phoenix spread throughout other countries. In Persian depictions, this creature has a very long tail like a peacock. In China it was considered the feminine counterpart of the dragon, and was the symbol of the Empress. Chinese legend says that if you see a phoenix a wonderful event is about to happen. In a very small number of stories, the phoenix can change into a human. The phoenix has remained a very popular figure. The Firebird is probably the most famous ballet after Swan Lake and The Nutcracker. A phoenix named Fawkes lives in the world of Harry Potter. Phoenix is the name of the capital city of Arizona, because it was build over a Native American settlement (how charming). Phoenix is also a constellation, although having only been introduced in the late 1600s it is relatively new.

Phoenix's appearance on the top 1,000 is attributed to the death of River Phoenix, he died in 1993 and the name entered the charts in 1995. It peaked in 2009 at #367. It's had a similar trajectory in Canada. It has also been steadily crawling up the charts as a girls name, it now ranks #668. It's way higher in Canada, in 2008 it ranked #199. Although Phoenix is traditionally a masculine name, I think it's awesome for a girl too. There are some practical considerations, such as the counter intuitive placements of the "o" and "e," and the name's similarity to Felix. But these are very minor challenges.

I have to admit that I am slightly heartbroken that Phoenix has become so popular. Not only is it popular over all, but it is also a very common magickal name within the Neo-Pagan community. But if you are looking for a Wicca-lite name that is still feels mythical, Phoenix is a very good pick.

Image Credit:
Found via http://pinterest.com
Posted by Isadora Vega at 12:12 AM