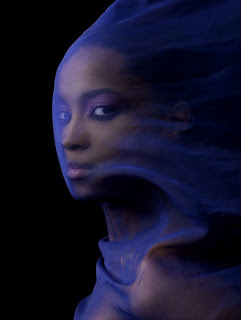 Cassandra is a name with an sophisticated and sensuous reputation, but it's history is quite dark.

Cassandra (pronounced "kah-SAHN-drah" or "kah-SAN-drah"), and it's original spelling Kassandra, are Greek names and possibly means "shining upon man." It's derived from the elements kekasmai, "to shine," and aner, "man." Other sources sometimes list it as "she who entangles men," but I kind of doubt that. If you look at the mythology surrounding Cassandra, it's kind of a wonder that her name has remained so popular.

Cassandra was a Trojan princess, the daughter of Hecuba and Priam and the twin sister of Helenus. She was described as "the second most beautiful woman in the world" and was well known for being intelligent, gentle, and elegant. The god Apollo granted her the gift of prophecy because he was attracted to her. In some versions of the story, Cassandra stays the night at Apollo's temple, and a snake licks her ears while she sleeps which gives her the ability to hear the future. But Cassandra rejected Apollo's advances. Apollo could not take back his gift, so he cursed her so that no one would believe her prophecies. And from that day on everyone thinks she's insane.

This all came to play during the Iliad. Cassandra predicted Troy's fall and nobody believed her. She warned everybody about the Trojan Horse and nobody believed her. After the fall of Troy, she took shelter in Athena's temple, but was violently raped by Ajax the Lesser and taken as a concubine by King Agamemnon of Mycenae. All the way back to the King's home, Cassandra warned him that they would both be murdered and he didn't believe her. Unbenownst to Agamemnon, his wife Clytemnestra had taken a lover while he was away at war. When they arrived home, both the Queen and her lover murdered Agamemnon and Cassandra. To this day, someone who has gloomy, defeatist predictions about the future is often called a Cassandra. Cassandra Syndrome is a coined term to describe people who deliberately ignore apocalyptic warnings due to skepticism.

But there have been other namesakes since then. Cassandra Peterson is better known under her stage name: Elvira "Mistress of the Dark." Cassandra Austen was an English watercolor artist and elder sister to the much more famous Jane. At one time, Cassandra Cain was Batgirl in the comics world. In the classic novel I Capture the Castle, Cassandra Mortmain is the teenage heroine. Cassandra was a character in the film The Scorpion King and she is, surprise surprise, a sorceress who can see the future. This name was also given to the sexy girlfriend of Wayne in Wayne's World. There are many retellings of Cassandra's story. For example, the character of River in the television show Firefly is based on the mythical Cassandra. She is a genius who was driven insane and speaks her prophesies in a jumble of riddles that no one understands until it is too late.

In England during the Middle Ages this name was very common due to the popularity of stories revolving around the Trojan War. It faded into obscurity after that, but it was revived in the 1900s. In America, it first entered the top 1,000 during the 1940s. It reached it's peak during the 1990s all the way up at #67, but it has been falling since then and is now at #328. In 2008 it ranked #131 in Canada and #234 in Norway. There are many variants including Cassandre, Casoundra, Casandera, Casaundr, Cassandrea, Krisandra, and Cassandry. There are also many nickname options, the most obvious are Casey and Sandra.

Cassandra has a timeless quality that many people are looking for. And it would certainly appeal to the Neo-Pagan crowd as well.