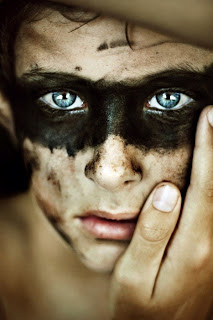 The mega-popularity of Sebastian proves that many parents are looking for elegant names for their sons.

This name evolved from the Ancient Romans and Greeks borrowing from each other. Sebastian (pronounced "seh-BAS-tian" or "seh-BES-tian") is derived from the Latin name Sebastianus, meaning "from Sebaste." Sebaste was a Greek town located in what is now Turkey. It's name means "venerable," and it's a translation of the Latin Augustus.

Historically, this name has always been popular because it's the name of a popular saint. Saint Sebastian lived during ancient times, and he was a high ranking soldier in the Roman army. He was very good at his job and was a favorite of Emperor Diocletian. But while he was in the army, Sebastian comforted the imprisoned. He performed many miracles, including restoring a blind girl's sight. Unfortunately for him, he was also a Christian during a time when that was not tolerated. When Diocletian found out that he was converting the prisoners, he ordered Sebastian's execution.

Sebastian was shot full of arrows, but survived. The future Saint Irene rescued him. Once Sebastian recovered she begged him to leave Rome as the entire nation assumed he was dead. But you don't become a saint for running away, I suppose. Sebastian stayed and resumed preaching. He also sought Diocletian out and denounced him, which lead to another execution. This time he stayed dead. Saint Sebastian has always been a source of fascination for artists as he is the subject of paintings by many Renaissance masters, usually showing him with a belly pierced by arrows. He is there in spirit in Frida Kahlo's portrait "The Wounded Deer."

Because of this Sebastian has always been a popular name, particularly in Spain and France. Due to his reputation as a healer, he was very popular during the Black Death era. He is now invoked to help those who suffer from AIDS. He is also the unofficial patron saint of gays and lesbians. I'm not sure why this is, but I think it is most likely because depictions of him from Renaissance paintings show him as a handsome and sometimes androgynous naked youth. If you believe in Santeria or Voodoo, he is syncretized to the African god Ochossi.

This name is also worn by many important historical figures and fictional characters. King Sebastian of Portugal is well known for dying during a crusade against Morocco. Sebastian is the twin brother of Viola in the Shakespeare play Twelfth Night. Johann Sebastian Bach remains a very popular composer. A character named Sebastian Flyte features prominently in the Evelyn Waugh's novel Brideshead Revisited. Belle and Sebastian is an indie-rock band with a sizable following.

A while ago, before I actually looked at the top 1,000, I just assumed that it took a nosedive after The Little Mermaid because of the crab named Sebastian. Nothing could be further from the truth. Quite the opposite. In fact, it is more popular now than it ever was during our parents or grandparent's generation. Before the 1990s, the number of children with this name was very low. It was always at the bottom of the top 1,000 and there were two decades (the 1890s and the 1950s) where it didn't appear at all. But then The Little Mermaid came along in 1989 and it just started soaring up to where it now sits at #68. It's also popular worldwide: in 2008 it ranked #6 in Chile, #7 in Denmark, #9 in Austria, #12 in Norway, #42 in the Czech Republic, #44 in Sweden, #46 in Germany, #51 in Australia, #86 in England, #93 in Canada, and #178 in Scotland. So it's not true that people aren't going to want to use a name just because it's on a cartoon character. Variations include Sebastien, Sebastiano, Sevastian, Bastian, Bas, Seppo, and Sepi. For girls, there's Sebastiane, Sebastiana, and Sebastienne.

I have to admit I was upset when I learned that it was so popular. I thought I was ahead of the curve, but actually I'm just another product of my generation it seems. But in any case, Sebastian is a name that fits in with Julian and Octavian. They are strong and stylish classic names. So it's well used for a reason.

Found via http://pinterest.com
Posted by Isadora Vega at 10:02 PM