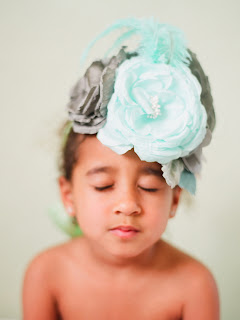 Have you ever heard an unusual name in passing, only to see it written down years later and say, "Oh, is that what that name was?" Years ago I watched a documentary that featured a little girl who's name sounded like Palace. I thought, "Palace, huh? We use Castle and Temple, so why not?" Recently, I picked up a beautifully illustrated book of Greek myths and there was that name again, only it was Pallas.

Pallas (pronounced "PAH-las") is a multi-faceted Greek unisex name. It is worn by several characters in mythology. One of the most important ones was a Titan. He is associated with war, and was killed by Athena in a contest. Pallas was sometimes described as a giant or as "goat-like." It was also the name of two (mythical?) kings and Athena's teacher. As a boy's name, Pallas means "to brandish."

For girls, the story is different, although it is still very closely associated with Athena. I've seen the meaning listed as both "maiden" and "wisdom." When Athena was born, Zeus couldn't take care of her for whatever reason and dumped her on Triton, the messenger of the sea and son of Poseiden, who raised her. Triton had a daughter, Pallas. Pallas and Athena grew up together and loved each other like sisters. But, as with all best friends, there was a time when they had a falling out. Both girls were well versed in the art of war and decided to have a deul. Zeus chose this moment to intervene and protected Athena, but Athena accidentally killed Pallas. As part of grieving for the loss of her friend, Athena took Pallas's name. So sometimes she is refered to as Pallas Athena, or sometimes just Pallas. Pallas used to be an increadibly common a name for Athena, if you've read "The Raven" by Edgar Allen Poe you would notice that it mentions a bust of Pallas. I'm inclined to think that the "wisdom" tag has nothing to do with the etymological origins of the name and more to do with the association with the goddess.

There are quite a few real life Pallas's, but most wear the name as a surname. People very well versed in animals might know that Pallas is the name of several species of birds and mammals. They are named after German naturalist Peter Simon Pallas. Pallas was also the name of the wife of Herod the Great, the famous Roman client king of Judea who killed a whole bunch of people.

I'm actually shocked that there aren't more little Pallas's running around. It's a great alternative for people who love Paris but not the Hilton association or the overwhelming slant towards girls. It's also a sound alike for Dallas, another very popular name for both genders.

So Pallas is growing on me. I wouldn't mind having a child with this name.

Image Credit:
http://www.kissthegroom.com/
Posted by Isadora Vega at 9:30 AM