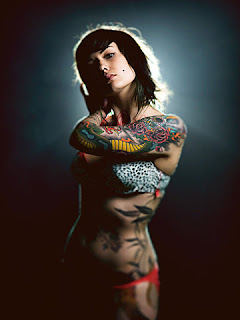 It's getting more and more lovely outside. I'm hoping for a lovely month of May.

The month of May was named after the Greek and Roman goddess Maia. That's one explanation. The Roman poet Ovid gave a second possibility, that it's derived from maiores, the Latin word for "elders" or "ancestors." But most believe that it's after the goddess. Maia is the daughter of Atlas, and was associated with growth and the earth. A common variation of Maia is Maya.

Maya is a name of many cultures. She is also a goddess in the Hindu religion, and her name in Sanskrit means "illusion." Queen Maya was also the mother of Buddha, and has a mountain named after her in Japan. The Japanese use it as a short form of Mayaka or Mayako. In Hebrew, Maya is derived from ma'ayan meaning "brook." It means "generous" in Persian, and it's used as a variation of Mary in Eastern European countries. It could also be used to honor the Mayan civilization of Mexico and Central America, as well as the indigenous Maya people of Australia.

Maya is the third important character in the novel The Fifth Sacred Thing by Starhawk. She is Bird's mother, a woman that lived through the transition from the world that was to the world dominated by the Stewards. Since the story takes place in the year 2048, Maya represents the first generation of Neo-Pagans.

Many well-known women have this name. But the reason I fell in love with this name was Maya Deren. Avant garde film already existed in Europe, but it was Maya Deren that brought it to the United States. Born Eleanora Derenkowsky, anti-Semitic sentiments forced her family to flee from their native Ukraine when she was only three years old. She grew up exploring dancing, choreography, photography, writing, and poetry. Then she met her first husband, a film maker named Alexander Hammid. Her most famous work was a short film staring herself called "Meshes of the Afternoon." She was also an champion for women directors in the 1950s, a time when women were told to stay in the kitchen.

How Maya Deren died is a little bit of a mystery. She decided to film a documentary about Voodoo in Haiti. She participated in the rituals and eventually became a Voodoo Priestess. While working on this film she suffered a cerebral hemorrhage caused by malnutrition, but others insist that her death was more supernatural.

Still, it's popular for a reason. Maya has a lot of history to a lot of different cultures. It has a simple spelling and a simple pronunciation. It could be the girl next door or it could be a mythical goddess. Maya has something for everyone.