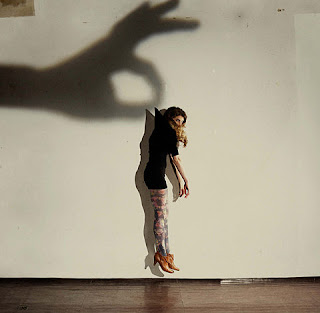 Many Neo-Pagans believe in the mythical creatures that are said to reside in the forests. So would that make Pixie an option for these parents?

A pixie (pronounced "PIK-see") is a mythical creature similar to a fairy. Pixies and faeries used to be taken very seriously throughout much of Britain and Ireland, and in some locales the belief never left. The people in Buckland St. Mary believe that there was a war between the faeries and the pixies that the pixies won. Some places are named after the pixies said to dwell there. Many historical accounts talk about pixies as having the same stature as humans. No one seems to know where the pixies have gone, as they are rarely seen anymore if they actually existed at all.

According to accounts, pixies lack fashion sense and often go unclothed or in rags. But they wish to be clothed and even a piece of ribbon will delight them. It is believed that pixies disguise themselves as a bundle of rags to entice children to play with them. They are drawn to horses and like to ride colts. They are very fond of music and dancing. Like faeries, they are generally helpful and kind to humans. They do have a mischievous streak but it's not as pronounced as it is in faeries. They are not usually depicted with wings.

The etymology of the word pixie is uncertain. Some believe that it's Celtic in origin, although there is nothing to prove that. It bares similarities to the Swedish word pyske, which means "fairy." There could also be a connection to the ancient Pictic tribes. The Pictic people lived during the Iron Age in Northern Europe, and they used to paint or tattoo their skin blue. The blue skin is an characteristic attributed to pixies. But this connection is also not proven.

The terms "pixie" and "fairy" are often used interchangeably these days. But there are some modern literary references. Pixies play a big part in Eoin Colfer's Artemis Fowl series. In Harry Potter and the Chamber of Secrets, Gilderoy Lockhart lets some blue Cornish pixies escape in his classroom. In the Rachel Morgan series by Kim Harrison, a pixie named Jenks teams up with the witch Rachel in order to save various creatures and defend the defenseless.

I would expect a girl named Pixie to be a little quirky, a bit of a daydreamer, and maybe physically small and dainty. On the right person, it's a great name. But it does run the risk of being a little too cutesy. As charming as it is, I would use it with caution, maybe in the middle spot. I'm still enchanted by the idea of using it as a first name, but for someone else's kid.