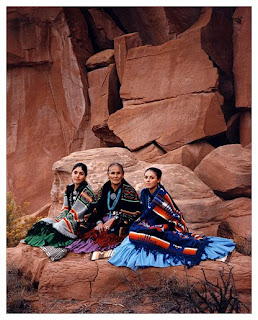 This is the last entry for Pagan Culture's Blogoversery Party! It was a good run, but I'll be glad that I can just profile whatever names I want again.

Ultima (pronounced "UL-tih-mah") is a Latin name meaning "the end" or "the farthest point." So it's fitting that it's the last party member.

Ultima is an important character in the young adult novel Bless Me, Ultima by Rudolfo Anaya. It's the first book in a trilogy that includes Heart of Aztlan and Tortuga. Although it's hailed as an important piece of American literature, it's also one of the most frequently challenged and banned books. Take a wild guess as to why.

The story is set in Guadeloupe, New Mexico during World War II. The story is told from the eyes of Antonio, a young boy. At the beginning of the story, a curandera named Ultima comes to live with his family. A curandera/o is a traditional shaman from Hispanic culture. Ultima recognizes that Antonio has a gift, and takes him along when she goes to help people. Much of the story revolves around Ultima stopping the Witchcraft of the three Trementina sisters, whose father Tenerio Trementina is the main villain.

Which brings me to a question, is there really much of a difference between a shaman and a Witch? Neo-Pagans would say no, but it seems that everyone else makes a distinction. That's not fair, that people would behave in front of a shaman because it's "another culture," and would scoff or run away from a Witch because it's "evil."

Ultima is not a common name, either in Hispanic or non-Hispanic circles. Because I know the names meaning, I would suspect a girl named Ultima to be either an only child or the youngest in a big family. But maybe that's just because that's how I plan to use it, on a child that I know will be the last. But most everyone that doesn't study baby names will probably think that it means "ultimate."

Ultima is a lovely name full of magick and power. Even though it is not the name of any God or mythical being, it would fit in well with those types of names. I hope you enjoyed the parade of fictional Witches!

Image Credit:
Found via http://ewitch-virtualcoven.blogspot.com/
Posted by Isadora Vega at 11:23 AM