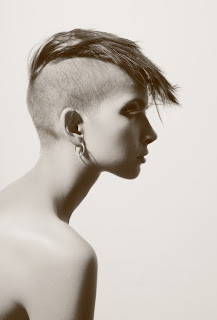 Some people might put this name down for being "fake" or devoid of history. Before looking into this name I might have said the same thing (well, not the "fake" part, I don't know how a name can be "fake"). But what I found about this name was quite surprising.

Jinx seems like it would be perfect for Neo-Pagan parents. It is, after all, Latin for "spell." Or so some sources say. Others say that the name is derived from Iynx, the name of a nymph from Greek mythology. There are several conflicting stories regarding Iynx. She might be the daughter of Echo and Pan, or of Peitho and Pan. Iynx was a sorceress who invented a love charm that she named after herself. It consisted of a spinning wheel with a wryneck bird attached. Some stories say that she used this charm to make Zeus fall in love with her. But in the more popular versions, she used the charm to make Zeus fall in love with Io, who he raped. Hera was not amused, and transformed Iynx into a wryneck bird herself.

In another story, Iynx was one of the nine daughters of Pierus. The nine sisters entered a musical contest with the Muses. When they lost, they were all transformed into birds, Iynx turning into the wryneck bird.

What the heck is a wryneck bird? It's a type of woodpecker found in Africa and Eurasia that used to be quite common in Greece, and was very important to them spiritually. The bird is remarkable due to it's ability to turn it's head around 180 degrees, which is how it got it's English name. When it feels threatened it engages in odd, snakelike behavior, elongating it's neck and twisting it around while hissing. It was that bizarre ability that caught the attention of the Ancient Greeks. They occasionally used this bird for magic and divination, and they associated it with passionate, relentless love. According to legend, Aphrodite gave this bird to Jason, who then used it to excite the passion of Medea. The genus name of the wryneck bird is, you guessed it, Jinx.

The earliest known use of the word jinx that described something other than the bird was used in the context of baseball, of all things. It appeared in the short story "The Jinx" in 1910, and it was described as something that brought bad luck to ball players. After that, the meaning evolved into a type of curse that brought minor misfortune. It could also refer to talking about the future with too much confidence. Testing the Fates results in bad luck. It's original meaning seems to be forgotten even by Neo-Pagans, they also use the word to describe a curse or a charm.

Jinx is a common name, at least in the comic book world. Jinx is a supervillainess in Teen Titans, a bounty hunter in the graphic novel of the same name, and a martial artist in the G.I. Joe world. Giacinta "Jinx" Johnson was the Bond girl in Die Another Day, and was portrayed by actress Halle Berry. If you're looking for real-life namesakes, there is Jinx Dawson, who was the vocalist for the American rock band Coven. Coven is well known for it's biggest hit "One Tin Soldier," and for inventing the sign of the horns that's used in rock culture. There is also the Spanish/Chilean model-turned-actress Jinx Falkenburg (born Eugenia Lincoln Falkenburg, nicknamed "Jinx" by her mother).

Knowing all of that, I now think the name is awesome. But of course, not everyone is a name nerd and not everyone is going to get it. There are some that would think that this name is too...vampish for a child. Or too unlucky. Which might mean that you would have to explain it a lot. But if you're willing to accept those challenges, it's a cool name. With loads more history than people think. Damn, did I get schooled.