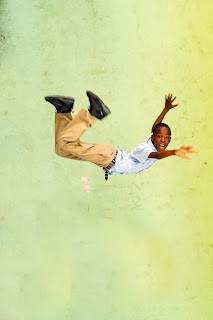 Could parents become inspired by the boy that dared to fly towards the sun?

Icarus (pronounced "IK-ah-rus") is the Latin variation of the name Ikaros, which might mean "follower." Not exactly a positive meaning. And it doesn't suit the original namesake at all.

Icarus was the son of Daedalus, a brilliant builder who created the labyrinth that held the Minotaur. He also gave Ariadne the ball of twine, which she gave to Theseus so that he could escape the maze after slaying the Minotaur. King Minos, furious at his betrayal, imprisoned Daedalus and Icarus in a tower.

While they were trapped, Daedalus built and designed two pairs of wings made from feathers and wax. Before they set out, Daedalus warned his son not to fly too close to the sun or too close to the sea. When they started flying, Icarus became giddy with a sense of freedom. He wanted to see how high up he could fly. But the sun melted the wax on his wings, and Icarus fell to his death. The sea that he fell into was named after him, it's called the Icaran Sea. There is also a nearby island that that bares his name, Icaria.

Technically, Icarus was a foolish boy that didn't listen to his father. But for some reason, no one remembers him that way. For many, Icarus is a symbol of ambition. The fact that he didn't succeed is irrelevant to some people. What matters is that he pushed himself.

The only challenge with Icarus is the sound. I've read that someone believed that Icabod was forever off limits because it sounds like "icky bod." Icarus has a similar "ick" sound at the beginning. Personally, I find that a silly reason to weed it out.

Icarus, or Ikaros, or the feminine Icaria, are names that fit in nicely with the growing popularity of mythical names. There great names for adventurous children.