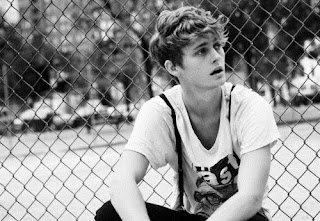 Will this strong boy's name see more use in the future?

Octavian (pronounced "ock-TAY-vee-an") is a variant of Octavianus, which means "eight." It has many variations including Octavius, Octave, Octavo, Octavio, and the feminine Octavia.

This name was forever touched by an Ancient Roman ruler. Before he became the first Emperor of Rome, Julius Caesar Augustus was Gaius Octavius Thurninus, but was often known as Octavian. He changed his name when his uncle posthumously adopted him. Afterward, the name was often given in reference to Julius Caesar and his family.

There was Octavius Mamilius, the ruler of Tusculum. Octavius was a legendary King of the Britons in Welsh tradition. Prince Octavius was the thirteenth child of King George III, who died tragically at age four. Other Octavians include Octavius Oakley, a painter from the Victorian Era. In the Spiderman comic books, Doctor Octopus' real name is Dr. Otto Octavius. And Octavian is the real name of Gus, the mouse in Disney's Cinderella.

According to sources Octavian is, or at least was, popular in Romania. In any case there are a great deal of namesakes from that country. Octavian Goga was a Romanian poet, playwright, and politician. Octavian Bella was a gymnastics coach. Stefan Octavian losif was a poet and translator.

In the United States, Octavian and it's variant forms have had moderate to low popularity in recent years. Octavia's height of popularity was in the 1880s at #381, and experienced another peak in the 1980s at #628, but is not currently in the top 1,000. Octave's peak was also in the 1880s at #857. Octavio first appeared much later, in 2000 it held spot #683. Octavian and Octavius have yet to make an appearance.

But I don't think that it'll take too long. It's new and fresh for American parents and yet it has deep roots. It sounds similar to ultra popular boys names like Christian and Sebastien, so Octavian would fit right in.