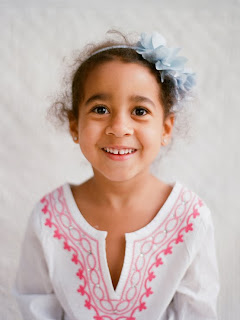 The hyacinths have been blooming for a while around here, and I've been wanting to profile this unusual botanical name.

Hyacinth (pronounced "HIE-ah-sinth") is a Greek name derived from Hyakinthos. No source is telling me what it means. If you've never seen a hyacinth they're kind of like lilacs only they come in a lot more colors and they grow out of the ground instead of a tree.

Just like Orchid, Hyacinth started out as a masculine name. In Greek mythology, Hyacinth was a young man who became caught in a love triangle with two powerful deities, Apollo, god of the sun and archery, and Zephyrus, the West Wind. Zephyrus became jealous when Hyacinth seemed to favor Apollo over him. While the two were playing with a discus, Zephyrus blew the discus off course so that it hit and killed Hyacinth. Apollo would not allow Hades to claim him, so Hyacinth's spilled blood turned into the flower.

Despite it's connection to Greece, the flower actually originated in Iran and Turkmenistan. Because they flower early in the spring, the Persians associated hyacinths with rebirth. They are traditionally used as decorations for the Persian New Year.

Hyacinth has been used as a name for other objects besides flowers. It's also a gemstone, color, and animal name. The hyacinth gemstone, sometimes called jacinth, is a variety of zircon when it is red, orange, or yellow. And the hyacinth macaw is a beautiful tropical bird with bright blue feathers. One source lists that it was used by the Ancient Greeks to describe a sapphire/violet color.

In history, the name has been given to several saints. Most of these Saints were men, except for Hyacintha Mariscotti, an Italian nun of the Third Order of Saint Frances. So why is the name now only suggested for girls? Because not many parents today would consider naming their son after a flower.

My darling mother, who mostly likes my bizarre name tastes, has an issue with Hyacinth. The same problem she has with Archer and Henry, it's too "old money." What? I have no idea where she's getting that. There was a television show in Britain that featured a social climber named Hyacinth, but I highly doubt she's familiar with that and in any case that would make it "new money," wouldn't it?

Aside from Hyacintha, Hyacinth has an ocean of variations to pick from: Hyacinthie, Hyacinthia, Giacinta, Jacenta, Jacinda, Jacinthe, Jacynth, and Cinthie to list a few. I believe that a Hyacinth would fit right in with the Violets and the Lilys, and it's similar to Cynthia if you think about it. It has a clunky, exotic charm to it that I really love.