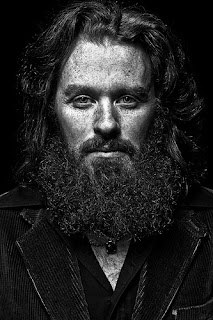 This name has been given some attention recently because of the new movie based on the comic book character. And some sources have been trying to drum up some fake controversy about Neo-Pagans being offended by the film (long story short, no prominent Priests or Priestess' have made any such claim). So it's the perfect time to profile this manly name.

Thor (pronounced the way it looks) is Norse for "thunder." Not-so-coincidentally, Thor is the god of thunder, but also of lightening, power, strength, oak trees, destruction, farming, healing, fertility, and protection. He is the son of Odin, the husband of Sif (goddess of the earth), and the lover of the giantess Jarnsaxa. He has red hair, a red beard, fierce eyes, and is well known for carrying a hammer named Mjollnir. Thor interrupted the dwarfs while they were making it, which is why it has such a short handle.

It was believed that during a thunderstorm, Thor rode through the skies in his chariot drawn by two goats. Lightening would flash whenever he threw his hammer. During Ragnarok, Thor will fight his most difficult battle against his enemy, the giant serpent named Jormungand. He will defeat him, but will only walk nine steps before dying from snake venom.

It's impossible to overstate Thor's influence on the Germanic peoples. He remained extremely prominent throughout their history, from Roman occupation to the age of the Vikings. Emblems of Thor's hammer were worn as a defiant reaction against Christianization. Thor's prominence continues to this day. Thursday means "Thor's day." During Roman occupation, the Germanic peoples adopted their calender, but replaced the names of weekdays to reflect their own deities (if you know the Spanish names for weekdays it's easier to figure out which god the day was originally named after).

He also inspired the comic book Thor, who essentially is the same character as the god. After Stan Lee created the Hulk, he pondered as to how someone could be stronger than the strongest person. The answer was to make him a god.

During the Viking Age, personal names that had something to do with Thor flourished, and might have also been used to make an anti-Christian statement. In Norway, Thor ranks #185, so even today it's fairly well used. There are a number of recent namesakes for Thor which includes an explorer, a serial killer, a film producer, and a few athletes. But it's rare in America. Generally, I think Americans find the idea of giving this name to a child a little odd, that it's way too powerful for a little baby.

But he's not going to be a baby forever. Thor is a "real man's" name. I know that I should never say never, but I find it highly unlikely that it will ever be used for a little girl. There will be no confusion. Names like that are disappearing at a rapid rate. Because of that, it will have an appeal to certain parents.