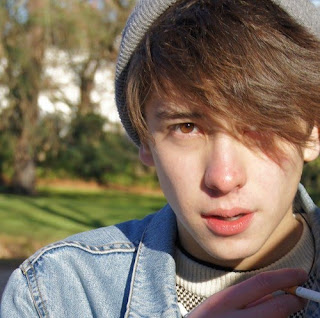 Here's a name that is poised to be a big hit in the years to come, Jasper.

Jasper's etymology is uncertain. Most likely it's derived from the Persian genashber meaning "treasure master." But it's also listed as a Greek name. In the Bible, Gaspar is the name of one of the three wise men. In English history, Jasper Tudor was Henry VIII's uncle.

Jasper is also the name of a semiprecious gemstone. It is an opaque stone that is usually red, yellow, green, or brown. On rare cases it could come in blue. In the ancient world it was primarily used for ornamentation. The brown variety is the one that is considered the most beautiful. With its markings, it's sometimes referred to as Egyptian marble.

Jasper was particularly an important stone for the Native Americans, as jasper can be found in Montana, Utah, and Wyoming as well as Brazil, Uruguay, and Egypt. Native American believed that the stone brought rain. It's other magickal properties revolve solely around grounding and centering. Jasper will help relieve insecurity and fear.

Although Jasper has never left the popularity charts, it was the most fashionable in the 1880s. Back then it was ranked at #166. It did experience a drop in popularity during the 40s, 50s, 60s, and 70s, but it's been experiencing a recent revival. It's now at #286. Around the world, Jasper ranks #33 in Belgium, #99 in Australia, #121 in Canada, and #385 in Norway. Variations include the ghostly Caspar and the French Gaspar.

This is a name that I never saw growing up. Ever. Except on one of Cruella Deville's lackeys. But I've been seeing it all over the place in the past two years or so. It's lost it's old man smell, so it's not out of the question that it will rebound in a big way.

The Social Security list of the top 1,000 baby names of 2010 came out yesterday. Perhaps I should say something about it, but I'll leave it to those that are more inclined/better at number crunching and popular culture: Appellation Mountain, The Baby Name Wizard, You Can't Call It "It!"