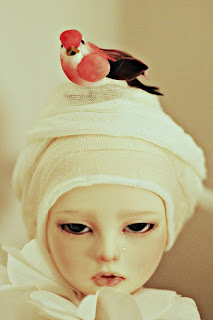 I got a request for the name of Jesus' most celebrated disciple from Wendy.

Mary Magdalene (pronounced "MAG-dah-lin," "MAG-dah-leen," or "mahk-dah-LEE-neh," depending on where you're from) was so named because she hailed from the fishing town of Magdala. Magdala could mean anything from "tower," "fortress," or "magnificent." It is unclear if this name is Latin or Greek, and information is conflicting. In the Bible, she mostly goes by the Magdalene as a way to distinguish herself from all the other Marys.

According to the Bible, Magdalene and Jesus were very close. They met when Jesus cleansed her of "seven demons," which could either mean diseases or vices. She was the leader of all the female disciples, and was a visionary leader for the early Christian movement. She was the first to see Jesus after he rose from the dead. She was made into a saint, and the Cult of Mary Magdalene arose in Provence, France. It is believed that Magdalene spent her last days fasting alone in the wilderness. In contemporary culture, the theory that Magdalene was Jesus' wife has been popularized in many books and movies. There are no historical records that support that.

Magdalene wasn't always so popular. In fact, there was something of a smear campaign against her because she was allegedly a prostitute before she met Jesus. She is often depicted as having long red hair flowing down her shoulders (this would have been considered improper as Jewish women kept their heads covered). The Bible never specifically states that she was a prostitute. But realistically, how many other options were there for unmarried women back then?

That all makes Magdalene an interesting name option. But the name Wendy actually requested was Magdalena. Magdalena has been mentioned in baby name blogs recently because it just left the top 1,000 most popular names. Most variations of Magdalene's name were last popular during my great grandparents generation. Magdalene's peak was in the 1910s at #513. Magdalen had a similar trajectory, it peaked in the 1890s at #629. Magdalena, on the other hand, hung on for a really long time. The French version, Madeline, has also been quite popular throughout the ages. The only variation that has yet to catch on is Magda.

The question about Magdalene is does it come into conflict with Pagan values? Don't get me wrong, Magdalene's a great name. One of my favorites, in fact. And Magdalene seems like a badass gal. But she's very Christian. A part of me wants to say that it's not in conflict, but after reading about her I'm not so sure. Still, Neo-Pagans do love strong women. And there are Christian Wiccans out there. So it will be up to the parents to decide what their feelings are on the subject.