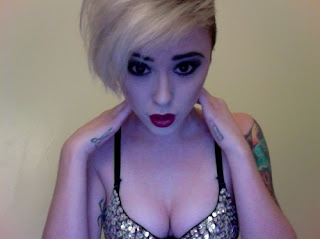 The name Delphi (pronounced "DEL-fee") comes from the Greek word delphus, meaning "womb." This suggests that the town venerated Gaia, the Earth goddess. But the town is more well known for being connected with Apollo, who was also known as the Delphinian. According to legend, this town is the site of a battle between Apollo and the goddess serpent, Python.

Python, also called Pythea, presided over the site of the oracle and was also depicted as being a dragon. When Zeus impregnated the goddess Leto, who was the mother of Apollo and Artemis, Hera sent Python to pursue her throughout the land. This was so Leto could not deliver her children wherever the sun shown. When Apollo grew up, he slew Python and claimed the oracle as his own. Zeus was not pleased when he heard this, because Python was the child of Gaia. He ordered Apollo to purify himself for his actions by performing menial tasks for eight years.

As to how Apollo came to Delphi in the first place, he did so by transforming himself into a dolphin, while carrying Cretan priests on his back. Interestingly enough, the word dolphin is also derived from delphus. The Greeks gave the name delphis to this animal because they were "fish with wombs." This is why some baby name resources state this name and it's variants mean "dolphin."

Dolphins were very important to Greek culture. They were considered to be helpers of humankind and there are many legends that tell of people being saved by these animals. Many ancient coins depict a man or a boy riding a dolphin. They considered it a good omen when dolphins rode along a ship's wake. So those that give this name in honor of the animal aren't necessarily incorrect, there's just more to the story of this name.

Anyways, back to the town. Delphi was the site of the major temple Pheobus Apollo, which was originally a temple to Gaia. The title Pythia was given to the sybils or priestesses of Apollo. They would sit in front of the oracle (which is, from what I can tell, a deep hole into the earth that produces a gas high in ethylene). Legend said that Python fell into this hole when she was killed, and that the fumes coming out of it were from her decomposing body. The sybil would inhale these fumes, go into a trance, and Apollo would speak through her. People consulted the Delphic oracle on everything, and it had considerable influence. The festival Septeria was celebrated annually to commemorate the slaying of Python. The Pythian Games took place every four years to commemorate this event.

Delphi is a rare place name to give to a person. Variations of this name include the masculine Delfino and Delphin, and the feminine Delfina, Delphinia, Delphia, and Delphine. The later is a favorite of many name enthusiasts, but it's not without unsavory associations particularly if you live in the American South.

Delphine LaLaurie was a famous socialite in New Orleans when the police went to her mansion to put out a fire. When they went inside her home they found her slaves chained up and horribly mutilated. It was obvious that they had been tortured. The police also found dead bodies on the premises. While the house was sacked by an outraged mob, rumor has it that LaLaurie fled to Paris. This story is well known in the folklore and ghost stories of New Orleans, but not so much elsewhere. Which makes Delphine an okay option for the most part.

For the most part, the name's girly variations have been the most popular. Delphia was most popular in the 1990s at #545. Delphine was a hit in the 1920s at #478, as was Delfina at #916. But I still think Delphi could work well for either sex. It's perfect for a family that follows the Greek traditions and wants a unique name with an interesting history.