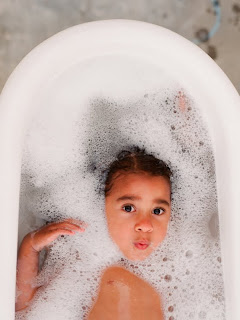 Will this old fashioned name attract new parents? I'm willing to guess that it will.

The word pearl (pronounced "PERL") is borrowed from Old French, but the word's ultimate etymology is uncertain. It's possible that it could be from the Latin given Perna, which was their word for "sea mussel" but literally meant "ham." However, Perna is also a name of Norman origin, and in Catalan and Portuguese perna means "leg."

Pearls are, as far as I know, the only gemstones that come from living things. They lie withing the soft tissue of shelled mollusks, usually the conch. They need them because they defend against parasites. They are most well known for being white spears, and that is the type that is considered most valuable for retail. More recently, black pearls have also become popular. But these gems can come in a variety of shapes and colors like green, pink, blue, chocolate, champagne, and lavender. Pearls that occur spontaneously in the wild are rare nowadays, so most of them come from farms.

But before the 20th century, this gemstone was hunted by divers. Pearls were hunted in the Indian Ocean and the South China Sea for thousands of years. When the Spanish Conquistadors sailed to the New World, they found large beds of pearls by the islands of Cubagua and Margarita. Today, China exports the largest amount of pearls.

The pearl is a jewel of great religious significance. The sacred Nine Pearls in the Hindu tradition is made from various real and mythological pearls: the oyster pearl, conch pearl, boar pearl, cobra pearl, elephant pearl, bamboo pearl, whale pearl, fish pearl, and cloud pearl. This gemstone is also associated with many deities, most noticeably Lord Vishnu. Pearls were also very popular wedding gifts in India. In Christianity, Heaven is often referred to as the "Pearly Gates," and the Qu'ran claims that the dwellers of paradise will be adorned with pearls. The Chinese considered it to be the hidden soul of the oyster.

The pearl has long been associated with purity, chastity, innocence, and tranquility. It also has a history of being used to cure bodily ailments. In India it was grounded into powder and used to aid digestion. Mixed with milk it was used to cure ulcers and the plague. It was also believed that the pearl cured headaches, impotence, and leprosy.

Pearl has many different namesakes. Personally, I associate this name with the American south, thanks to country singer Minnie Pearl. A well known place name is Pearl Harbor, a famous fort in Hawaii that was attacked by the Japanese in WWII. It's Hawaiian name is Wai Momi meaning "pearl waters." Pearl is also the name of Hester's daughter in the American literary classic The Scarlet Letter.

Nowadays, people are likely to associate Pearl with femininity. But when this name was popular, it was used for both boys and girls. For girls, it peaked in the 1890s at #26, and slowly petered out until it disappeared altogether in the 1990s. For boys it peaked at the same time at #266. Perle, Pearline, and Pearlie also charted around this time. Perla is the new hit, it peaked at 2003 at #281.

So if you want a Wicca-lite name that's a little old fashioned, Pearl's your girl. It's a bit too Southern Belle for my tastes, but it's sweet and it stems from nature, so there's lots to love.