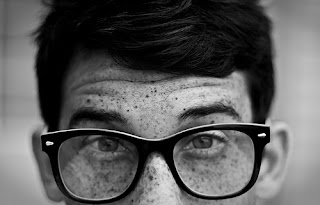 I always kind of liked Maurice. It's Sonic the Hedgehog's real name, you know. According to the Archie comics version, anyways. Actually, Maurice is his middle name, his first name is Orville. Orville Maurice Hedgehog. As for the other two main characters, Sega already gave Tails a real name when they created him: Myles Prower (you have to say it a few times in order to get the joke). Knuckles real name really is Knuckles, the poor sod, and his middle name is Michael. Knuckles Michael Echidna. OH MY GOD, I still remember that without looking it up. Why did I spend endless hours pouring over Sonic the Hedgehog comic books while my mind was still fertile? I could have been learning Italian instead of this pointless crap!

Anyways, Maurice (pronounced "maw-REES") is often characterised as a French name, but what it's derived from is a subject of debate. Most sources will state that it's a Latin name meaning "Moorish" or "dark-skinned." It could also be a variant of the Irish Gaelic Muirgheas meaning "seafarer." Others say that it's derived from the Phoenician term mauharim meaning "easterner."

Maurice has a lot of nifty namesakes. Most people might remember this name from that Steve Miller song "The Joker," with the "Some people call me Maurice" line. There is also the awesome childrens book author and illustrator Maurice Sendak. Maurice Gibbs was a singer in the Bee Gees. In the television show Bewitched, Maurice is Samantha's theatrical Witchy dad.

But is Maurice a clunky, old-guy name? Something maybe for a doddering old man, like Belle's dad in Disney's Beauty and the Beast?

It's probably because the majority of people who use this name are African American. Maurice falls in the same category as Antoine and Monique, French names that have been adopted by Black culture. I, unfortunately, have lead a rather sheltered suburban existence, and have never had a ton of contact with the Black population. This is why this name will be so unfamiliar to some people depending on your community.

If Maurice doesn't strike your fancy, don't worry. There's a ton of different variations to choose from like Mauricio, Maurell, Maurids, Maureo, Maurie, Maurin, Mauritius, Maurus, Morrill, Morris, and my favorite: Moritz (because of the musical Spring Awakening). Overall, it's a Wicca-lite name that, depending on your culture and where you live, could have a cool retro vibe to it.