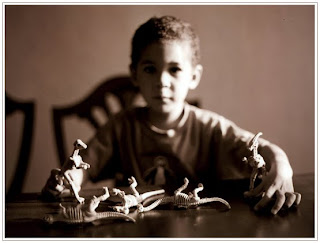 Most gemstone names are used exclusively on girls nowadays. Could the gemstone for the astrological sign of Leo be a masculine option?

Onyx (pronounced "AUH-niks") is a Latin name meaning "claw" or "fingernail." Most onyx (onyxes? onyi?) comes in a flesh tone color, so it makes sense that they looked like fingernails to the Ancient Greeks and Romans. According to myth, these stones are the fingernail clippings of Venus that were left lying around. Onyx can also be found in green and blue. There is also a natural variation called sardonyx, which is a reddish brown. But this gemstone is more well known for being black, and throughout the ages this has remained it's most popular color. Onyx is a layered stone, so it could actually be multiple colors.

This stone has a long history of being used in carvings and jewelry. Ancient Egyptian artifacts show that they used this stone for pottery. Roman soldiers wore talismans made from sardonyx with engravings of Mars or Hercules in order to make the wearer brave. Renaissance men regarded sardonyx as an aid in public speaking, as it was believed to bring eloquence to the orator. The stone is also mentioned in the Bible several times, it adorned the breastplate of the Priest of Israel. However, real onyx is getting increasingly more difficult to come by. Most so-called "black onyx" sold in stores are actually other gemstones that underwent a staining process.

Obviously, Witches have a deep connection with the color black. Certainly, it's the most stereotypical color that outsiders associate with us. For Neo-Pagans black is the color of protection, and is often utilized for banishing spells and binding or absorbing negative energy. So it should come as no surprise that this stone is believed to have protective and defensive power. It also improves concentration, self control, and emotional stability. It is used to strengthen the circulatory system, kidneys, nerves, eyes, and, of course, nails. On the other hand, those that use this stone say that it could be unpredictable and dangerous if used carelessly.

This is a very rare name, and there is only one namesake that I've come by. Onyx is the magickal name of Pagan author Deborah Blake. She has a very light-hearted writing style and her books are very enjoyable. Despite this, and the fact that I've only seen this listed as a girl's name elsewhere, I still feel that this name is more suitable for boys. It's strong and devoid of frills. I just picture a strong warrior when I hear it. Not that women can't be strong warriors, but I think we need more newfangled gemstone names for boys, don't you?

So if you're looking for a name for someone born under the current astrological sign and Leo is too common for you, Onyx could be right up your alley. Think of it as a way to give the child, or yourself, protection through life.