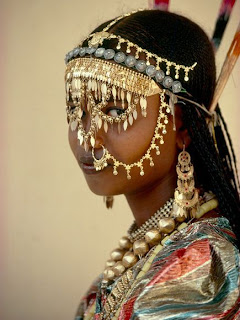 Many Neo-Pagans are drawn to names that were invented for a fantasy story. Katara is a more recent one.

For the uninitiated, Avatar: The Last Airbender was an animated television show marketed for children, but it has a lot of adult fans as well. It only lasted for three seasons, but that was intended. Avatar is set within an Asian influenced fantasy world in which characters can manipulate the four elements: air, water, earth, and fire. This ability is called "bending" in the show. There is one being that can manipulate all four elements: the Avatar. But at the point where the story begins, the Avatar had been missing for a hundred years. Katara and her brother Sokka find him, and airbender named Aang, trapped in an iceberg. It is up to them to stop the Fire Nation, who wants to control the whole world. There is a sequel currently on television called The Legend of Korra. There was also a movie adaptation, but we prefer not to think about that.

Neo-Pagans love this show in particular because of the natural and spiritual elements of the world that they made. Natural occurrences like eclipses and comets have an effect on bending ability. The spirit world plays a big part in the story. I don't know if any of the creators knew anything about Neo-Paganism. But within the four main benders, the boys are fire and air and the girls are water and earth. Those are the corresponding genders for those elements in Wicca. It's interesting that they got that detail right. It's a bit unfortunate that they made an episode with an evil woman that is referred to as a "witch."

None of the characters names are used by a lot of parents in the United States. However, Katara's (pronounced "kah-TAHR-ah") name probably made the biggest splash (no pun intended, but pretty good anyway!) when the show came out. In the show, Katara is a gifted waterbender and Aang pretty much falls in love with her immediately. Her personality is loyal and very mothering. But she's also a warrior who fights just as well, and sometimes better, than the boys. She's a great roll model for girls. Her name doesn't really fall into any name trend that I can think of. Parents are much more inclined to adopt unique fantasy names of girl characters rather than boy characters, I think.

All of the names from Avatar: The Last Airbender are Asian names or invented names based on an Asian language. Katara is one of the later. Katara is derived from the Dravidian (a language from India) word kattari and it's the name of a type of dagger. Kataras are characterized by their "H" shaped handles, and they are sometimes used for rituals. Here's a little bit of trivia that's of some interest to Neo-Pagans: her name was changed to Tamara in the Greek version because in that language katara means "curse."

Katara is a feminine, exotic, and strong sounding name, so I have no doubt that it has a following. Some people might not recognize that it's from a television show, especially since the show has already ended. That definitely makes this a bit of a nerd name.