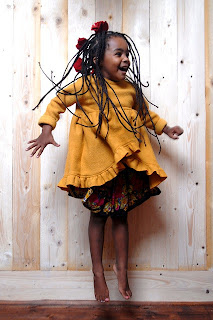 I actually have a theme planned for the next few days starting tomorrow, so I need to get the requests taking care of. This seemingly old American name has some surprising Pagan roots. Thanks to Saranel for suggesting Felicity.

Felicity (pronounced "feh-LIS-ih-tee") is a Latin name derived from Felicitas, meaning "happiness," "lucky," or "fortunate," depending on who you ask. In Roman mythology, Felicitas is a minor goddess of good luck and success. She is not extremely popular anymore and most of her temples were burned down, but we know that she was an important figure in Roman culture. Sometimes Felicity its listed as the feminine form of Felix which, even if it might not be strictly true, makes sense.

Felicity also has a Christian connection. There is a Saint Felicitas of Rome who lived during the 100s and is occasionally called Saint Felicity. Not much is known about her, but according to legend she gave birth to seven other martyrs known as the Seven Holy Brothers. This was also used a Puritan virtue name, but it has since lost that straight-laced vibe.

Depending on how old you are, Felicity will make you think of either the American Girl books/dolls or the television show. The former was a red-haired, spunky Colonial girl and her doll premiered in 1991. I remember that she was one of the first characters. The television show Felicity follows the title character coming of age in the "University of New York," which doesn't exist. You might also remember this name appearing in an Austin Powers movie.

Felicity doesn't have mega-popularity, but it's used fairly often. Despite it's early history it's peak was in 1999, the year after the television show premiered, at #390 and now rests at #764. It is a bit more popular in England and Wales at the moment, it was #236 in 2007. A related name, Felicia, was well used during the 1970s. Other variations include Felice, Felicite, Felicita, and Felicidad.

You could say that this is a Pagan virtue name, because it has a very similar meaning to Mirth. Felicity is very light on the tongue and girly. But I don't think it's too sugary. I think it strikes the right balance. It's a great Wicca-lite name, most people wouldn't know about the Pagan connection.