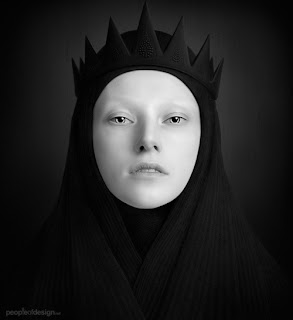 Rosemary is a perfectly lovely name, but some Neo-Pagans might be a little squeamish about it.

The origin of Rosemary appears to be obvious: it must be a combination of Rose and Mary. And it technically is. Because it it's name, the plant became involved with some stories involving the Virgin Mary. But it's also based on a much older name from Latin. Rosemarinus is derived from the elements ros, meaning "dew," and marinus, meaning "sea." Together it means "dew from the sea." This name refers to the rosemary plant, which only needs the water in a sea breeze to survive.

The herb can grow quite large, with evergreen-like leaves and white, pink, purple, or blue flowers. It originated in the Mediterranean and Asia, although it is hardy and can withstand most climates. It also has a very strong scent. Rosemary is a popular cooking ingredient. It is often mixed with meat and stuffing, potatoes, and wine. It is often planted in gardens because they are pretty and drought tolerant. Although it does occasionally cause allergic reactions, and you should avoid eating too much of it while pregnant or breastfeeding, it is generally a very safe plant.

Rosemary is used for many magickal applications. It has a very old reputation for improving memory (in Hamlet, Ophelia says the line "There's rosemary, that's for remembrance"). It is an old medieval wedding tradition for the bride to wear a wreath made from rosemary, and for the groom and all of the guests to wear a small piece of it pinned to their clothing. For this reason, it is also associated with fidelity, and was often given as a wedding gift. Because it was often cooked in kitchen gardens, rosemary was seen as a symbol of the wife's dominance in the house. By the 1500s, it was not uncommon for husbands to dig up the rosemary in order to show that they, and not their wives, were in charge. According to Greek mythology, Aphrodite was covered in rosemary when she arose from the ocean. Rosemary is used in incense for both Pagan and Christian ceremonies, and it is believed that it protects against evil. Burning this plant in your home can banish negativity.

So why am I profiling this name during my theme week? I'm talking about it because it's in the lexicon of Pagan culture due to a very controversial work: Rosemary's Baby. Rosemary's Baby is a novel by Ira Levin and movie by Roman Polanski that most Neo-Pagans find very offensive. I'm going to give away the ending here, so if you don't want to know skip to the next paragraph. The story starts when Rosemary Woodhouse (played by Mia Farrow in the film) and her actor husband move to a new home in the New York suburbs. They meet their neighbors who appear to be an eccentric elderly couple. Rosemary doesn't like them, but her husband develops a worrying attachment and visits constantly. On the night that the couple try to conceive a child, the neighbors give Rosemary some chocolate which makes her pass out. She has a vivid dream of being tied to the bed and being raped by a demonic entity while her naked neighbors look on. Rosemary becomes pregnant. As time passes, she suspects that her neighbors are part of a sinister witch's coven and that her husband made a deal with them in exchange for a successful acting career. When she awakes after being sedated during her labor she is told that the baby died, but she doesn't believe that. She walks into a coven meeting in which the witches are gathered around her newborn son who, lo and behold, is the child of Satan.

These types of movies express and amplify society's fear and hatred of us. Some people might say, "Oh, don't be so sensitive, it's just a movie. Nobody actually thinks these things of you." But I know that that's not true. I just need to listen to Newt Gingrich to know that I'm correct. Rosemary's Baby is not special, there are literally hundreds of movies and books like this. This movie was made in the 1970s, and not much has changed since then. Evil witches in non-fairy tale settings have not left the screen (The Wicker Man remake and The Wicker Tree are prime examples). It is going to take a very long time to eradicate these kind of harmful depictions. There are centuries worth of baggage here.

Rosemary has never left the top 1,000 in the United States, but it was most popular in the 1940s when it peaked at #91. It's now at #721. If you don't like the "devil-baby carrier" tag (and really, who does?), there is another literary work in which this name appears. The Giver by Lois Lowry takes place in a Utopia-like community. Rosemary was the Receiver before Jonah who is mysteriously not discussed anymore. Her name is even forbidden from use on another child. I suppose that you have to have read the book to know what I'm talking about, but for this one I'm trying not to give anything away. This book actually made me like the name when I read it as a child.

I'm not sure how easily Neo-Pagans can shed the terrible association of this movie. Many of us like botanical names so...possibly? Rosemary is a nice name, so it's a shame.