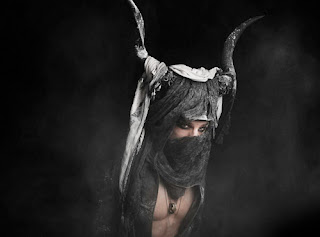 A name associated with nighttime and darkness, Jet is more than just a nouveau coinage.

Jet has several meanings. However, I'm assuming that parents who give this name to their children are referring to "a stream of water" or "to prance." Most people think about the color black. The word is ultimately derived from the Greek gagates lithos, meaning "stone of Gages." Gages is a town and river in Lycia.

Many people think of fast planes when they think of Jet, which is probably why it's more popular for boys. And I'm sure Jet Li doesn't hurt either. Jett (I suppose the two "t"s make it look more like a surname) is now at it's highest ranking for boys at #353. A feminine form, Jettie, was most popular in the 1880s at #515.

Jet is also a geological mineral that is considered a gemstone. This mineral is created when decaying wood is placed under extreme pressure. Surprise surprise, it only comes in black. It's not a gemstone that is mentioned much in Wiccan handbooks, but it does have a history of magickal use. The oldest jet jewelry dates back to 17,000 BC, and it was a favorite material in Ancient Rome. The Romans believed that it had protective qualities and could deflect the evil eye. Jet was also fashionable during the Victorian era because the Queen wore it as part of her mourning dress. Therefore, jet is often associated with death. The Roaring Twenties revitalized it again. Young flappers would wear multiple long necklaces of jet beads.

It also appears on a witchy fictional namesake. Practical Magic was a fantasy film based on the novel by Alice Hoffman. In the film, the Owens family is a family in which all the women are witches. They are cursed and their husbands always die off. After their parents die, sisters Sally (played by Sandra Bullock) and Gillian (played by Nicole Kidman) are raised by their Aunts Frances and Jet. Sally is the more magically talented of the sisters, but doesn't want anything to do with her witchiness and tries to be as normal as possible. Gillian is much more of a free spirit, but gets into trouble frequently. When the two accidentally kill Gillian's abusive boyfriend and a resurrection goes awry it's up to Sally to put it right.

Even though it's a fantasy movie, I believe that Practical Magic really celebrates modern Witches. The overall depiction of us is very positive. The witches aren't punished at the end, and they're shown as being more misunderstood than inherently evil. I suppose one can argue that it doesn't prove anything because the witches still do kill someone, albeit accidentally. But I feel like that's so reductive. I feel that Practical Magic really is a great movie.

Many people associate witches with long, flowing, jet black hair. While that's a bit of a cliche, the name works great for Neo-Pagans. After all, we do tend to love the color black.