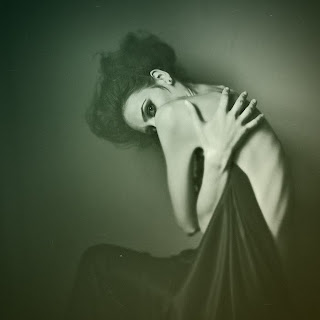 If you want a name that's sexy, mysterious, creative, and impish, then there are few you could pick that are better than Duende.

A duende (pronounced "doo-EN-day," I think) is a creature that comes from Spain and Portugal. The origin of the word is from the Old Spanish "duen de casa," which means "master of the house." The Spanish and Portuguese introduced this being to all the countries they conquered, namely Latin America and the Philippines.

A duende a mythological being similar to a fairy or goblin. Stories of what duendes are like are different depending on the culture. In Spain, they are described as being short forest-dwelling creatures who like to wear big hats. Whether they're good or malicious is disputed. In some stories, they lure young girls into the forest and cause them to lose their way. But others say that they help those who are lost in the woods. In Hispanic folklore, the duende are gnome-like creatures that live inside the walls of children's bedrooms. They sometimes barter with mothers so they can take the children and eat them. Filipino duendes live in rocks, caves, old trees, unused parts of houses, and ant hills and are believed to be color coded. The white ones are good and the black ones are evil.

However, duende is not just the name of a fantastical creature. In Spanish, the word is used more often as a description for the performing arts. But as it turns out, the exact definition of duende is kind of hard to explain:

-"Tener duende" is a term that translates roughly into "having soul."
-The Merriam-Webster Dictionary defines duende as, "the power to attract through personal magnetism and charm."
-Spanish poet, dramatist, and theater director Fedrico Garcia Lorca stated that duende has four parts: irrationality, earthiness, a heightened awareness of death, and a dash of the diabolical. According to Lorca, duende is a spirit that puts the fear of death into artists, so that they surrender to intensity making their work bone-chillingly moving.
-Australian musician Nick Cave thinks that duende is what gives music it's sadness.
-The term is applied a lot to flamenco dancing, because the folk dance and music comes from a culture that is enriched by hardship.

Put that all together and you basically get a name that means passion, inspiration, and finding beauty in the darkness of life. It stands to reason that those that call the spirit of duende into their rituals are artists seeking to make art with reckless abandon. However, a duende will not possess those that have no darkness in them.

So has anyone actually used this as a name before? As far as I can tell, no. It's hard to know for certain, most of the sources that deal with it are in Spanish. But just say it a few times. Duende, Duende, Duende...it's cool, right? And people are looking for new, unique names all the time. It could work for either gender, and it has a lot of beauty and power behind it. On the right person, Duende will be magnificent.