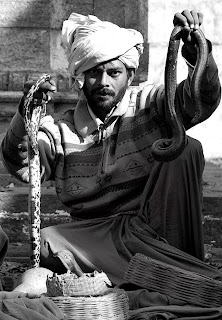 Guess what guys! There's a new zodiac sign in that everyone forgot! And I'm apparently a Pisces now!

Welcome to the madness. Although I must admit to being a little late to the party. On January 13th, Parke Kunkle said to a local paper that the stars do not match up with their zodiac months, and that there is a thirteenth constellation that should be in the zodiac called Ophiuchus. This caused some people, mainly on facebook, to reply, "What? Change...hurting brain....AAAARG."

Despite all the hullabaloo, this actually isn't a new observation. People have been debating the inclusion of Ophiuchus for quite a while (there's also some people who believe in a 14th zodiac sign as well). In fact, the 13 signed version of the zodiac has had some popularity in Japan since 1995. But all this begs the question, who the heck is Ophiuchus?

Ophiuchus is a Greek name meaning "serpent-bearer" (and if he's really going to join the zodiac, should he conform and go by his Latin name, Serpentarius?) According the Greek mythology, the constellation represents the god of medicine and healing, Asclepius. He is also believed to have been a real historical person at one point, or at least a mortal. The physician's staff with the snake wrapped around it is a symbol for medicine even today. Asclepius angered Zeus one day by accepting money for bringing someone back from the dead. Making man immortal upset the natural order of things. So he struck Asclepius with a lightning bolt. But later, he gave him a place in the stars as a god in appreciation for his work.

If you were born between Nov 29th and Dec 17th and would like a little fun, here's what the Ophiuchus personality is supposed to be. They're described as seekers of wisdom and knowledge, peace and harmony, and has aspirations of healing mankind. They attract good luck but also a lot of jealousy from their enemies. They dress flamboyantly and love bright colors. Have enough of this stuff yet? Because really, who doesn't want peace and harmony?

So if you're freaking out thinking that you'll have to replace all of your Sagittarius stuff I'm here to tell you that all this doesn't make the slightest bit of difference even if you do believe in astrology. Because Parke Kunkle was thinking that this all had to do with the placement of the stars. You would think that astrology would have something to do with the placement of the stars, hence the astro-, but that's a rookie muggle mistake. It has to do with the relative position of the sun, moon, and planets throughout the seasons. They're just named after constellations. I mean, come on dude. Even I knew that.

So you see? Everything is the same. Except if you were born in the southern hemisphere. Then everything's switched.

As a name...well...there's nothing particularly wrong with Ophiuchus. I'm just not feeling it. It has a tricky and not particularly appealing pronunciation too ("off-ih-YOU-kuss"). It has a connection to Sailor Moon, of all things. And the pointless debate around it doesn't help my opinion. But to each her own. If you love it, go with it.