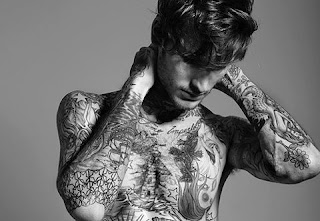 Before I go any further, take a break and go to the nearest bookstore and check out the metaphysics section. It's okay, I'll wait.

Glad to have you back. Now, do you remember the publisher of all those Wiccan books? Chances are most of them were published by a company named Llewellyn Worldwide, which is the largest publisher of Pagan, Occult, and New Age books.

Llewellyn Worldwide (formerly Llewellyn Publications) is named after it's founder Llewellyn George. To the surprise of no one, he's from Portland, Oregon. Guess that city had a lot of alternative folks even back then. Llewellyn started the company mainly in order to publish his astrology pamphlets. In 1906, his first bestseller came out, The Llewellyn Moon Sign Book and Gardening Guide. Another work of his, The A to Z Horoscope Maker and Delineator, is constantly revised and updated today.

After his death in 1954, the company was bought by Carl L. Weschcke. Under new management, the company broadened it's audience, including books about different occult topics and the at-that-point-new Wiccan religion. It went on to publish classics like Scott Cunningham's Wicca: A Guide for the Solitary Practitioner, Raymond Buckland's Complete Book of Witchcraft, and their many yearly almanacs.

When I started to become interested in Wicca, Llewellyn was the first new name that I saw. I had never seen it before. Turns out Llewellyn (with the tricky pronunciation of "loo-EHL-in," this is another name I've butchered a million times) is a Welsh name derived from the Celtic Lugubelenus. Lugubelenus is a combination of the names of two Celtic gods: Lug and Belenus. Although most baby name books will probably say that the name means "shining one," "lion-like," or "leader." Llewellyn is a traditional name in Whales and was the name of several kings, princes, and poets. Llewellyn has many variations--Fluellen, Leolin, Llew, and Llelo to name a few--and is the great-grandad of the popular boy's name Lewis.

It's popularity rating in America over the years is...strange. It peaked at #741 in the 1890s, shot out of the charts entirely in the 1900s, then peaked again in the 1910s at #808, only to disappear from the charts again by the 1930s. I don't know what to make from it's roller coaster-ish popularity within the span of a relatively short amount of time. What's with the sudden drop in the middle? Maybe another name enthusiast can enlighten me. It's feminine form, Llewella, has never been a popular name in the United States.

The name is very lyrical if you say it right. I might get a lot of angry comments when I say that it almost sounds like it should be for a woman. And yet at the same time it's very manly. Llewellyn is the name of one of the characters in the book and film No Country for Old Men. I don't know if anyone not familiar with the publishing company will see it as Neo-Pagan per se. But it definitely does have a sort of woodsy, knightly atmosphere to it. For that reason Llewellyn is perfect for someone who wants a unique name with a lot of history.