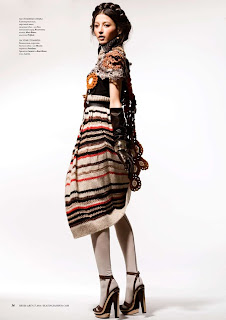 Tomorrow marks the birthday of Zsuzsanna Budapest, Feminist Witch and founder of the Dianic tradition. What a great name that is, isn't it?

Zsuzsanna Emese Mokcsay was born in 1940 in Budapest, Hungary. Her mother, Masika Szilagyi, was also a witch and a medium, and exposed her to her beliefs early on. Zsuzsanna (pronounced "zoo-SAH-nah") grew up during a turbulent time in postwar Europe under Russian occupation. This environment made her fiercely political. When the Hungarian Revolution broke out in 1956, she became one of the many political refugees that left the country. She eventually immigrated to the United States. It is unclear when she changed her name to Z. Budapest.

At the age of thirty, she became involved as an activist in the women's liberation movement. But Z. felt that feminism was lacking a spiritual core. So she created the Women's Spirituality Movement, and founded the Susan B. Anthony Coven Number 1, the first feminist witch's coven. As the years have gone by, Z.'s teachings have become extremely controversial. Dianic it doesn't acknowledge the Horned God and her covens only accept women (although the only Dianic Priest I've ever met was a man), but that's only the half of it. In two PangeaCons (the largest annual indoor convention of Neo-Pagans), Z. Budapest refuses to accept transgendered women into her rituals, stating, "Women are born, not made by men on operating tables."

In 1975, Z. was arrested for reading Tarot cards to an undercover policewoman. At the time, fortune telling was still against the law. She was the first witch to be persecuted since the Salem Witch Trials. It blows my mind that something so harmless was illegal in this country until recently. She lost the trial, but won the issue. The law was repealed nine years later.

I almost put this name into the Wicca-lite category. It looks exotic, but it really is just Susanna with a few extra "z"s. Susanna is derived from the Hebrew shoshannah which means "lily" or "rose." But it being a variation that not many people outside of Hungary know about coupled with the strong association with a well known Pagan make it very witchy indeed.

It's amazing what the addition of a few letters will do to a name. I'm not terribly fond of Susanna, it's a bit too Little House on the Prairie for my tastes. But Zsuzsanna? Definitely something I would consider for a child. Except that every Neo-Pagan I meet would assume that she's named after Z. Budapest, so perhaps this should only be for someone who really has a connection to her teachings.