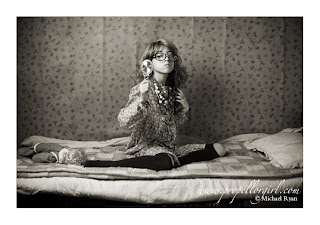 I think it's a shame that this name isn't more widely used. Ursula is a name with so much rich history, I don't know if I could possibly write it all here. My god, look how many tags this post got!

Let's start at the beginning. Ursula (pronounced "ER-suh-luh") is a diminutive of the Latin name Ursa, which means "she-bear." There are two bear constellations in the night sky, Ursa Major and Ursa Minor.

Ursula was the name of a lot of women who were tried and executed for Witchcraft in the Middle Ages. The popularity of the name at the time was due to the story of a legendary 4th century saint. Ursula was the name of a British princess said to have been martyred along with eleven thousand other Christian virgins. Although there is no historical evidence of Saint Ursula's story, it's believed that she set sail to meet her Pagan husband along with her 11,000 handmaidens (that must have been a big boat!) when a miraculous storm made their trip last only one day. But before she agreed to marry, she wanted to make a pilgrimage to Rome. On the way, her and all her handmaidens were killed by the Huns.

The popularity of this name in the United States used to be pretty high, never really leaving the charts. In the 1970s it peaked at #604, but it also enjoyed a high point in 1900s at #500. But by the 1980s the name dropped out completely. And I think we all know the reason why: The Little Mermaid.

Giving the villain the name Ursula was a Disney decision. In the original story by Hans Christian Anderson, the character is just called the Sea Witch. And she's not evil, but she's not really good either. She's a neutral character. She knows that what the Little Mermaid is asking for is not a good idea, but enables her anyway. Despite this, people have a hard time shaking the evil octopus-woman image. Up until a short while ago, I had the same problem with it.

But maybe not everyone will. The name has other namesakes like the hugely popular fantasy/science fiction novelist Ursula Le Guin. Ursula is the name of a character in the novel One Hundred Years of Solitude, the Shakespeare play Much Ado About Nothing, an incidental character in the Harry Potter world, and the movie version of Beowulf. There is also a college named after Saint Ursula in Cincinnati, Ohio.

It's a common practice for Neo-Pagans to honor the people who were killed during "The Burning Times" by taking their names, so it's a perfect name for us. Elsewhere, the name seems to be slowly gaining acceptance again. I did see that someone has a daughter named Ursula on the design website Oh Dee Doh. Although even without The Little Mermaid association, the name does have a dark sound to it. But take hope, Ursula lovers! It might be time for the name to make a comeback.