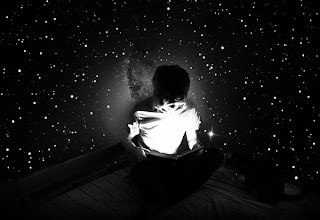 Why did I do so badly at the so-called theme "month?" Maybe I don't want Harry Potter magic to really be over? That's a poor excuse but I'm going with it.

Even though it's obvious that the stories were not written by a fellow Neo-Pagan, no books or films have brought as much positive PR to Witches in recent years as Harry Potter. The bespectacled hero began his journey when tragedy struck his family. Voldemort learned about half of a prophesy that stated that the "chosen one" would kill him. Believing the chosen one to be Harry, he set off to kill the infant. When his mother Lily gave up her life for him, she protected her son and Voldemort was not able to kill him. Because of this encounter, Harry Potter became famous throughout the wizarding world.

Harry had no knowledge of his fame growing up, or of the wizarding world at all. He was treated horribly by his aunt, uncle, and cousin. It wasn't until his eleventh birthday, when he got his letter of acceptance from Hogwarts and met Hagrid for the first time, that he learned anything about his past. And the rest, as they say, is history. I have a hankering to re-read the first book already.

Aside from being a story about the dangers of bigotry, Harry Potter is also about personal integrity. Being a famous person, Harry repeatedly experiences the fickleness of public opinion. Sure, there are times when everyone wants a piece of him. But there are also times where it seems like everyone hates him, the wizarding government, his fellow students, even on occasion his best friend. But he never changes his personality to suit other people, nor does he ever waver from what he knows is right.

This name has been popular in the English speaking world for centuries. Harry (pronounced "HAIR-ee") is a variant of Henri, which in turn is derived from the Germanic name Heinrich, meaning "home ruler." It could also be a short form of Harold, which is from the Old English name Hereweald, meaning "leader of the army." J.K. Rowling picked this name because it was her favorite boy's names. If her first child (born before the books came out) had been a boy she would have named him Harry.

But I'm thinking there's something else behind this name. In America, Harry has an "old man smell." It's never left the charts, and now rests at #658, but there's no mistaking that it was way more popular in the 1890s at #11. Prominent namesakes were also alive a while ago: Harry Houdini and Harry Truman, for instance. But on the other side of the pond, this name is quintessentially English, and is also the name of a certain unmarried prince. So it's kind of an "everyman" name, especially in combination with the very common English surname Potter. It is interesting to note that Potter's Field is a burial ground for unknown or unclaimed dead, an appropriate association considering what happened to Harry's parents.

Harry does sound old fashioned to me, but some people like that. Plus, it's got a great namesake in the form of this story that J.K. Rowling has given to the world. So that's me whimpering out of the Harry Potter names for a while. I really don't want Harry Potter to end. Luckily for me, there are 772 characters mentioned in the Harry Potter series, so at least on this blog we'll be okay.
Sources:
http://harrypotter.wikia.com/wiki/Harry_potter
http://www.thinkbabynames.com/meaning/1/Harry
http://www.babynamewizard.com/namipedia/boy/harry
Image Credit:
http://weheartit.com
Posted by Isadora Vega at 12:08 AM