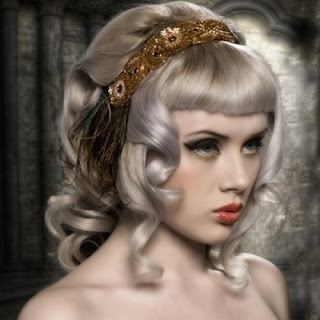 Carnelian is the birth stone for Virgos, but chances are most people have never heard of it.

Carnelian (pronounced "kahr-NEEL-yuhn") derives from the Latin carnis meaning "flesh," because the stone is sometimes flesh colored. Carnelians can vary between pale orange to almost black. But it's more prized color is a reddish-brown. Carnelian is also a color name that describes this hue. These stones (also known as cornelians) are a variety of quartz that contains trace amounts of iron. The best quality carnelians are found in India and South America, but could be found elsewhere as well. They are often confused with sard, a gemstone that is harder and darker.

Carnelians were widely used for decorative purposes in the ancient world. Artifacts were uncovered in Knossos that date back to the Bronze Age. The Ancient Egyptians believed that this stone protected souls in the afterlife, and called it thet. Ancient Romans used the stone to make signet rings used to imprint a unique wax seal on important documents because hot wax does not stick to carnelians. In more modern times, carnelian is the national gemstone of Norway and Sweden.

This stone has many magickal purposes. It has long been associated with courage and will expel the wearer's fears. Some believe that this stone embodies the fire element, others associated with the earth element. No matter which one you believe, most agree that it is an excellent grounding stone. Carnelians will enable people to focus on the task at hand and accomplish our goals. In healing, carnelians are used to cleanse the blood and stop infertility or impotency. Some Neo-Pagans suggest that this stone should be used as a talisman against psychic attack.

Carnelians are not considered to be one of the more glamorous stones in terms of fashion. I've never seen any jewelery store featuring chokers made with carnelian beads. So it's no surprise that it doesn't show up in any baby names. Also standing in the way of it's "naminess" is that it contains the word "carnel," a term often used to describe sensual activities. But some might argue that that's part of it's charm, as the stone is often used to channel sexual energy, particularly in men.

As a name, Carnelian will definitely turn some heads. The only name that sounds kind of similar that I can think of is Endellion, and that one certainly isn't common either. But if the bearer is a Virgo and you're looking for a name that may have never been used before, it may be worth it to consider Carnelian.