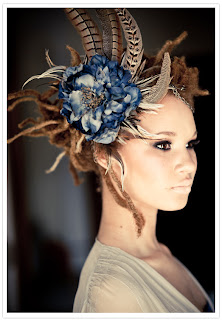 In my head, it is still July. We have only had warm weather for the past month, and I'm not quite ready to wear tights outside again. However, the calender does not lie, it will very soon be Mabon. And September is a name option that has always hidden in obscurity.

Unlike it's predecesors, the last four months of the year kept their numerical names. Therefore September is derived from the Latin septum meaning "seventh." Unfortunately, this doesn't give it much of an interesting backstory, although you can have a look at the profile for Seven.

In the Northern Hemisphere, September symbolizes the coming of autumn and new beginnings. It is the time when students go back to school. September also has more of a somber overtone due to the September 11 attacks in 2001, or at least it does in America. Another American association is the beginning of the football season.

Most namesakes and songs have to do with music. "September" is a song by Earth, Wind and Fire. "Wake Me Up When September Ends" is a well known Greenday song. There is also a Swedish singer/songwriter who was born Petra Linnea Paula Marklund (that's a lot of "-a" endings for one person) but works under the name September.

September has never been a popular choice, which is great for those looking for a unique moniker. You're more likely to find this filed as a girls name nowadays, but in the 1800s there were a handful of baby Septembers and they were mostly boys. There are other Latin names that sound much like September, Septima and Septimus, all of which mean "seventh."

September is a beautiful, poetic name for any gender, bringing to mind the colorful leaves and the relief of cool air. Possible nicknames include Tember, Ember, Temmy, and Emmy. And as Abby says, if you miss your due date you could always use October.